Mumbai: A start-up founded by two brothers to extend loans to students is billed to become the next big driver of growth for Housing Development Finance Corp. Ltd (HDFC), India’s largest mortgage lender. 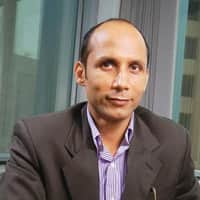 HDFC boasts a balance sheet size of close to Rs1 trillion, comprised mainly of home loans. If the current pace of 20-25% growth is maintained, the balance sheet could cross Rs1.5 trillion in around five years, V. Srinivasa Rangan, executive director, HDFC, told Mint on Saturday. Rangan is also on the board of Credila.

HDFC will by then have exercised an option to ramp up its stake in Credila to 95%, as the lender is expected to shovel in more cash as equity into the business, said Anil Bohora.

“The constraint of growth in this business will be only capital," said Anil Bohora in a separate interaction.

In India, most banks have a puny education loan portfolio compared with their peers in the US, where loans to students form the third largest portfolio and turn up the least bad debts.

Overall exposure to outstanding education loans in the US is around $700 billion (Rs31.5 trillion), making it the third largest asset class in the country, whereas in India, it is around $5 billion, according to Bohora. “The space is heating up and they (banks and non-banking financial companies) want to enter but do not know how," said Bohora.

Credila was founded by Anil and his brother Ajay Bohora in 2006. The brothers, some years after they returned from the US, had founded an optometry institute in Nashik in 2001.

Anil Bohora said the challenges faced by students in funding their courses at the institute made the brothers look at the education loan business.

“India has one of largest pool of students and higher education in the past was subsidized," said Prashant Bhonsle, country head at Credila. “As tuition fees increase, financing them is one of few options before students."

According to Reserve Bank of India data, education loans disbursed in India in the year ended 31 March 2009 was around Rs7,000 crore, he said, adding that the penetration of bank loans to students is only 3%.

What makes the sector attractive, Bhonsle said, is that 70% of India’s population is under 25 years and the country’s gross enrolment ratio (GER) for higher education is just 11%.

Bohora said Credila has now come “full circle". When the brothers set up the firm, their goal was to become the HDFC of educational loans.

The Bohoras are open to giving up control and majority stake to HDFC, as they believe the business will require several infusions of cash in the next few years to be able to grow and “HDFC can divest us out".