Technology firm Honeywell International Inc. will take cheap security-alert devices for small homes and sensor-based electricity-saving systems developed for Indian buyers to other emerging countries as well as developed markets such as the US, the president of its Indian research arm said. 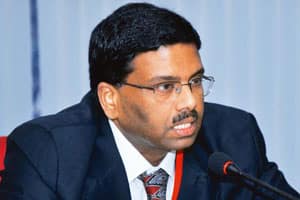 Krishna Mikkilineni, president of Bangalore-based Honeywell Technology Solutions Lab, said the security-alert device has sensors that send an alert to a mobile phone and is designed for one-room homes. The electricity saving system is for large buildings, he said.

Besides emerging markets, Honeywell now also plans to sell them in the US, where customers are looking for cost-effective solutions due to the economic slowdown.

“Now we have something that is potentially going from East to West. We have done something for the East, once experienced, we can take it to the West," said Mikkilineni.

The US company develops technology in aerospace, materials, security and controls. It has a workforce of at least 10,000 in India, which provides support in navigation and logistics to most business aircraft that subscribe to its data service globally.

Last week, Honeywell named Mikkilineni the new president of its global technology leadership council and the head of its engineering and operations, which includes manufacturing. This means the base for its head of technology will shift from New Jersey to Bangalore on 12 April, when Mikkilineni takes over the new role to handle at least 75,000 people globally.

“We have got 2,700 aerospace guys, all of them on tonnes of programmes (where their contribution) ranges from 20% to 85%. In certain cases, (we are) stepping up the bar and saying we will be accountable to the customers," Mikkilineni said.

The firm has also developed products such as the turbo charger for the world’s cheapest Nano car from Tata Motors Ltd for the local market, while it is building the flight control system for Saras, the 14-seater passenger plane being developed by National Aerospace Laboratories, Bangalore.

In 2009, the India business contributed $500 million (Rs2,245 crore today) to the firm’s global turnover of $30.9 billion. Nearly half of the firm’s business comes outside of the US, with emerging markets such as Latin America, India and China contributing one quarter of its revenue.

In May, Honeywell chairman David Cote had forecast the firm will have double-digit growth from India in three years. “The challenge is how do we make this global workforce create that significant rate of change in terms of emerging markets," Mikkilineni said.

Analysts said Honeywell has been moving technology work to Bangalore over a period of time, and it is obvious that its new global head of technology sits over here.

“Also, you are shifting from a high-cost base to a low-cost base without losing out on quality," said Niju V., deputy director for automation and electronics at researcher Frost and Sullivan. “You can say the centre of gravity is shifting here."