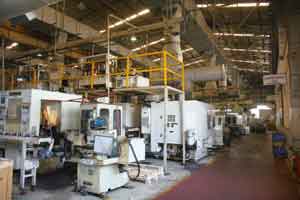 Back to life: Production area of Rico Automobiles in Gurgaon. Thefirm’s workers agreed to end their strike on Thursday night. Sanjeev Verma/Hindustan Times

Rico will resume full supplies to GM and Ford after workers agreed to end their strike last night, Surendra Singh Chaudhary, senior vice-president in charge of human resources, said on Friday. About 2,200 workers struck at the company’s factory at Gurgaon near New Delhi, demanding that 16 of their colleagues who were suspended be reinstated.

GM and Ford temporarily shut factories because of the shortage of components, even as they strive to boost sales amid the worst global recession since the 1930s. Auto makers sourced $3.6 billion (Rs16,848 crore) worth of parts from India in the year ended March 2008, compared with $330 million a decade ago, according to the Automotive Component Manufacturers Association of India.

Outsourcing has more advantages than the risks involved as it offers the huge benefit of low cost, said Deepesh Rathore, a New Delhi-based analyst at IHS Global Insight Inc. Such incidents of labour problems will be quickly forgotten.

The strike at Rico started on 21 September and forced the closure of a GM sport-utility vehicle assembly plant in Delta Township, Michigan, and the suspension of one of two shifts at a Warren, Michigan, transmission factory, a person familiar with the situation said last month. Ford shut a plant in Canada for a week.

Rico agreed to take back eight suspended workers immediately, and another eight will be kept under suspension pending an inquiry, Chaudhary said. Prem Kumar, president of the Rico Auto Employees Union, also said workers agreed to end the strike following the settlement.

Paytm, Zomato, Nykaa Shares Drop to Record Low. Is the ...

EU hits back at China over trade limits, taking Lithuan ...

Promoter-CEOs who took fat cheques despite the pandemic