Home >Companies >After a small car, it&#8217;s a small home from Tata Housing

After a small car, it&#8217;s a small home from Tata Housing

After a small car, it’s a small home from Tata Housing

Bangalore: Soon after Tata Motors Ltd launched the Nano, touted as the world’s cheapest car, another group company announced on Wednesday that it will build homes that cost between Rs3.9 lakh and Rs6.7 lakh. 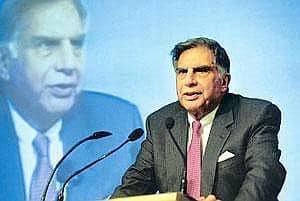 Privately held Tata Housing Development Co. Ltd, a subsidiary of Tata Sons Ltd, has launched the first of these projects, branded Shubh Griha, in Boisar, a distant suburb in Mumbai, the company said.

The firm will invest up to Rs100 crore in a 1,200-unit township in the first phase at Boisar. It will hold a draw to allot flats and sell forms at Rs200 each. The flats will be delivered in about two years. Bookings begin on 11 May.

“The idea is to understand that opportunity lies at the bottom of the pyramid," said Brotin Banerjee, managing director and chief executive of Tata Housing. “This is the safest bet as there is a huge shortage at this end of the market."

“The aim is to convert a rental population into budget houses like these after our survey showed that 45% of the low bracket and migrant population live on rent. We have the land in place for the project and will try to source material for the project more economically to make it viable," he added.

Singapore-based RSP Architects Planners and Engineers (Pte) Ltd has been appointed to design the project.

The houses will be of 283-465 sq. ft, similar to those built by the Maharashtra Housing and Area Development Authority, a government agency. Banerjee said the costs are being kept low by reducing construction cost to about Rs700 a sq. ft, and by sharing returns with the land owners.

Demand for homes in India has slumped almost half from a year ago after prices more than doubled and the central bank hiked interest rates to calm inflation.

V.K. Phatak, housing expert and former chief of Mumbai Metropolitan Region Development Authority, said demand for the Mumbai project would largely be from industrial workers in the area. “The format is attractive and affordable but the prices are not very different from the market prices, considering it’s far off from the city," said Phatak.

The concept of ultra-budget homes was triggered earlier this month by Ramesh Ramanathan, founder of non-profit Janaagraha and Mint columnist, and CSC Constructions Ltd, a Bangalore-based developer, offering to build homes in a similar price bracket.

Tata Housing aims to build up to 15,000 low-cost homes over the next three-four years across several cities including Mumbai, Delhi and Bangalore.