Europe is our home, Asia our ambition: Candover India head

Europe is our home, Asia our ambition: Candover India head

Mumbai: UK-based Candover Investments Plc., the listed arm of European private equity (PE) fund Candover, recently said it was beginning to feel the heat of the economic slowdown and cautioned that year-end valuations would be under pressure. 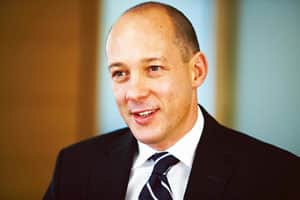 Exploring options: Chennai-born Jamie Paton, who heads UK-headquartered buyout specialist Candover Investments’ Asia unit, says the opportunity in India is that there’s a whole range of companies to invest in.

But that hasn’t stopped the buyout specialist’s new Asia unit under Chennai-born Jamie Paton and the India arm under Harsha Raghavan from scouring the region for deals.

Raghavan said he has met “dozens and dozens of companies" in the two months that Candover has been in Mumbai. On 21 October alone, Paton and Raghavan said they had already met five companies before an interview with Mint in the afternoon.

Candover hasn’t made any investments in Asia so far, but that could soon change. “Europe is our home, and Asia our ambition," said Raghavan, echoing Candover chairman Gerry Grimstone’s philosophy.

Candover’s entry into the region coincides with the turmoil in global financial markets that has contributed to a 57% drop in the Bombay Stock Exchange’s benchmark Sensex index this year and caused the rupee to plunge to a lifetime low against the dollar.

But, as Raghavan explained, Candover’s goal is to help nurture companies over a long period of time “because you never see results instantly, and trading in and out of positions is not our style".

For any PE investor looking at entering the country now, it is probably the best time to establish a local presence because valuations have fallen so low.

“All the big global PE players have raised phenomenal amounts of money in the last couple of years," said V. Jayasankar, executive director and head of the financial sponsors group at Mumbai-based Kotak Investment Banking. “They will find several opportunities to invest in well-positioned companies, both in the listed and unlisted space. Many public companies are trading at attractive valuations, as the share prices are down almost 40-60% from last year. When you consider a five-year cycle or a 10-year cycle, you’ll find that PE investors have made best returns typically during the bear phase."

To that extent, new investors such as Candover, starting with a clean slate, or those who have not invested much in the last 18 months, have an edge.

Jayasankar, however, adds that the current volatility in capital markets poses a challenge for some more time until stability returns.

In the first nine months of 2008, PE deal activity looks to be as high as last year. 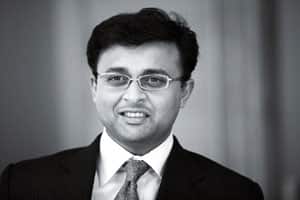 Scouring: Harsha Raghavan, the firm’s India head, says he has met dozens of firms in the two months that Candover has been in Mumbai.

Both Raghavan and Paton emphasize Candover’s European heritage as a distinct advantage. But investment bankers say that for promoters of companies, it really doesn’t matter whether the money comes from the US, Europe or India. To that extent, Candover will have all PE funds active in India as competition.

“Unless the end-market is Europe, or there is a company specifically looking at a European acquisition, Candover will be competing on an even keel with the rest," said an investment banker who did not wish to be named.

Paton explained that the background to Candover’s Asia entry was two-pronged. One was Grimstone’s long association with the region.

“Secondly, the European companies that Candover had invested in over the years had a growing drive to come to Asia," said Paton, who was born in Chennai, when his father was in the oil business there. The Scot first went to school at Sunny Side Primary School in Mumbai (then Bombay), which he believes is a car park now, adding that he was later sent back to England for his education.

Raghavan, also originally from Chennai, has had 13 years of experience in PE investing, first with Indocean Chase Capital, which later became JPMorgan Partners Llc., and then with the PE arm of Goldman Sachs Group Inc.

“The thought process around entering Asia and India now was really put in place almost five years ago at Candover," said Raghavan. “This was a function of the small group of professionals at Candover...asking what’s over there and what’s happening in Asia. Portfolio companies were also saying ‘please get on the train and take us to Asia...help us’."

Candover does not have any fixed sum set aside for Asia. It has various pools of capital to draw from—it is currently raising its 10th fund, for which it has raised commitments of $3 billion already—but both Raghavan and Paton feel there is no point earmarking any fixed portion for Asia.

“Now is not the time, especially with the markets as they are, to have targets on exactly what we are going to invest in the next two-three years," said Paton.

As for India, Raghavan said the PE firm is bringing its connections in Europe, having done 137 transactions worth €46 billion (Rs2.9 trillion now) since 1980, and the operational experience.

“We have repeat relationships with a number of such entrepreneurs and companies across Europe, and I would say that we bring Europe to India’s doorsteps. That’s what we can offer in terms of value to Indian businesses that want to sell in Europe, source from Europe, acquire companies in Europe, or do licensing agreements in Europe," said Raghavan.

Candover, more used to deals in the $150-500 million bracket in Europe, also has a more “pragmatic" approach for India.

“The opportunity in India is that there’s a whole range of companies to invest in. Whether it’s PIPEs (private investments in public equity) on the stock market, or minority investments into prospering businesses, we’ll be extremely pragmatic about how we approach them," said Paton.

But arriving at the right valuations may be a challenge for Candover as much as for other PE firms. Still, Paton, who worked for 20 years with larger rival 3i Group and helped develop its business in China, South Korea and Taiwan before joining Candover in February, feels there is a way around.

“Promoters have always had a higher expectation than PE investors, haven’t they? But deals get done," he said. “It’s just a question of the will on both sides to make things happen."