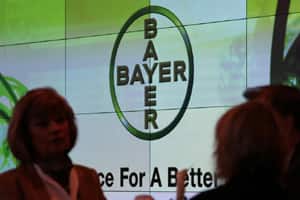 Natco had sought compulsory licensing of the drug in August on grounds that Bayer could not meet local demand as it was too costly. Bayer had challenged the patent controller’s decision to publish the CL application on the grounds that it had not been given a hearing on the question of whether Natco’s application is merited. Though Bayer had filed the petition in the Bombay high court earlier, the court had asked the company file it in the Delhi court, as a patent infringement case on the same drug between the two firms is currently pending in the Delhi high court.

Indian patent law allows compulsory licensing of a patented drug if it is established that the patent holder can’t meet the market requirement adequately even after three years of the grant of the patent. Natco has timed the CL application in keeping with that provision and has also mentioned in the application that only 1% of 100,000 patients have access to the drug as the cost is around ₹ 2.8 lakh a month per patient. Natco has also stated that it can produce and sell the drug at a fraction of this cost and can price it at ₹ 8,880 for a month’s treatment.

Bayer currently imports this drug for sale in the country.

“We have a patient access programme running in the country for Nexavar," Bayer Health India head Angel-Michael Luna Evangelista said last week. He declined to share details of the price at which the drug is supplied to patients and how many patients were covered under the programme. A Bayer spokesperson declined to comment for this story on Thursday.

Rajiv Nannapaneni, director and chief operating officer, Natco, on Thursday said he was hopeful of establishing a case for the drug’s compulsory licensing.