New Delhi: Consumer goods maker Videocon Industries Ltd is getting ready to place an order for around 40 million phone lines to be supplied over five years, at an estimated value of $3.2 billion (Rs13,056 crore), as telecom equipment makers such as Nokia Siemens Networks, LM Ericsson and Huawei Co. Ltd pursue one of the biggest contracts to be awarded from new telecom aspirants in the country. 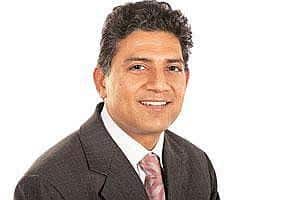 Videocon’s telecom subsidiary Datacom Solutions Pvt. Ltd, which is still waiting for radio spectrum from India’s department of telecommunications, or DoT, for starting mobile phone services, “has started talking to the equipment vendors to place this order," Ravi Sharma, chief executive officer of Datacom Solutions said in a telephone interview on Saturday. “We would also be open to total outsourcing of network management apart from IT, but will take a call only at an appropriate time."

In the first three years, Videocon expects to roll out around 25 million mobile phone lines.

As India, the world’s fastest growing mobile phone market, aims at having 500 million subscribers by 2010, new telecom aspirants such as Datacom, Unitech Ltd and S Tel Ltd are preparing to compete for market share against incumbent operators such as Bharti Airtel Ltd.

Sharma, who was managing director for Alcatel Lucent India before joining Datacom, said his company would be seeking a long-term relationship with the vendors. “Our key differentiator will be quality of service—that’s something very basic that could be offered to customers," he added.

Last week, Anil Kumar Sardana, chief executive of Tata Teleservices Ltd, or TTSL, had told reporters that his firm would be looking to reimburse subscribers for every call-drop due to poor network quality and high congestion.

“I cannot detail the exact plan, but quality of service will be the key," said Sharma.

New entrants will be under pressure to roll out a low-cost phone network in order to compete effectively with incumbent operators, who are already offering call rates as low as Re1 a minute, among the lowest in the world.

While GSM phone lines are priced at more than $100 per line, “they could even be negotiated for as low as $80 per line if the contract is big," said a senior executive at a leading equipment maker, who is pursuing the Videocon contract and did not wish to be named.

Last year, state-run Bharat Sanchar Nigam Ltd, or BSNL, had placed an order for around 12 million phone lines with Ericsson at a price of $107 per line. Telecom equipment makers from Europe and China, too, are seeing their business grow exponentially from the region. For instance, Huawei Technologies expects India to contribute over $1 billion towards its global revenues this year, up from around $188 million in 2006.