Hyderabad: Three days past the deadline for submitting detailed expressions of interest, or EoIs, to buy a 51% stake in Satyam Computer Services Ltd, B.K. Modi’s Spice Group said it has been informed by the company’s board that it has been shortlisted for the final phase of the competitive bidding process. 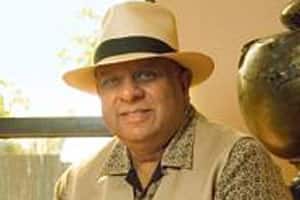 The deadline for submitting the detailed EoIs to acquire control of Hyderabad-based Satyam, whose founder B. Ramalinga Raju in January confessed to a Rs7,136 crore accounting fraud, passed on 20 March.

Citing a letter from Satyam, Spice Group chairman Modi told CNBC-TV18 business news channel that his company will initiate the process of “due diligence" on Satyam and was awaiting further details on its finances. Due diligence is a term used for the evaluation of a company’s assets.

Modi also said transparency continued to be an issue in the bidding process, calling for a disclosure of other companies remaining in contention to acquire a majority .

The two other known bidders for Satyam—Larsen and Toubro Ltd (L&T) and Tech Mahindra Ltd—refused to say whether or not they have been shortlisted.

“We have a commitment to the Satyam board not to discuss bid process with the media till it is completed," said Deepak Marada, head of corporate communications at L&T. He added that the condition applied to all bidders for Satyam. Tech Mahindra’s marketing director Prasenjit Ghosh Roy also declined to comment, citing a similar commitment. Satyam’s chairman Kiran Karnik refused to comment on the subject of shortlisted bidders.

US-based information technology firm iGate Corp. and the Hinduja Group had earlier pulled out of the bidding process.

Satyam shares fell 3.76% on Monday to close at Rs42.25 each on the Bombay Stock Exchange.