Home > Companies > R-Adag digs in its heels on Fame, increases stake by 1.88%

R-Adag digs in its heels on Fame, increases stake by 1.88%

R-Adag digs in its heels on Fame, increases stake by 1.88%

Mumbai: The Reliance-Anil Dhirubhai Ambani Group (R-Adag) seems to be digging in its heels, as it has picked up another 1.88% stake in Fame India Ltd, taking its total holding to a little more than 8% in the Mumbai-based movie hall chain. 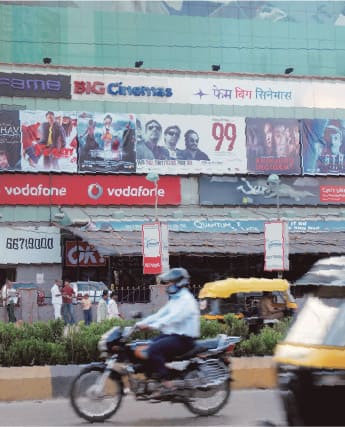 In what seems to be a brewing corporate battle, a bulk of the stake was picked up by R-Adag company Reliance Capital Partners Llc in the last one week, according to a stock market filing on Thursday, with the buying spree starting the day rival chain operator Inox Leisure Ltd said it will be taking over its smaller rival Fame India and days after Reliance MediaWorks Ltd claimed its much-higher offer had received a snub from the Fame promoters.

The R-Adag firm went on to claim that the Inox takeover deal was not just “hasty", it had involved “larger issues of fairness, transparency and legal compliances" that it intends bringing to the notice of the Securities and Exchange Board of India (Sebi).

The Inox-Fame combine will dislodge PVR Ltd from the second spot with 204 screens in India—with Inox’s 109 and Fame’s 95 screens—next only to Reliance MediaWorks’ which, with 246 screens in India and 509 in all, holds the top slot in the Indian movie exhibition segment.

The Anil Ambani-led company bought 0.65 million shares, or 1.88%, of Fame from the open market on Thursday, following up its previous buys on 4 and 5 February.

An R-Adag spokesman did not revert on queries on the firm’s rationale behind its continuous raking up of Fame shares till the time this story was filed. The two multiplex firms which clinched the deal, on the other hand, are preferring to lie low.

Several calls made to Fame promoter Shravan Shroff went unanswered, though Business Standard quoted the multiplex owner on Tuesday saying he had not received a written offer of a higher price from the R-Adag firm. Inox’s director Deepak Asher said he didn’t want to speak to the media at this juncture.

A Mumbai-based sector analyst said it was hard to guess Reliance’s strategy in the case on whether it was interested in making an open offer or how much more of Fame it wanted to own.

“A corporate battle seems to be brewing. The Fame counter has become very speculative and there are many ifs and buts here. One can only envisage scenarios here that include Reliance making a counter open offer or taking say, a 26% stake to have a say in the company’s affairs or the whole situation could simply force Inox to raise its open offer price," said this analyst who did not want to be quoted citing his company’s regulations against it.

Inox has already secured a controlling stake in Fame, after it bought a 43.3% stake from the Fame promoters and an additional 7.21% stake in Fame India late last week, taking its total shareholding to 50.48%. An open offer for 20% will follow in April.

Reliance MediaWorks, in an email dated 4 February, had expressed its angst and “shock" to Shroff saying it did not understand why its offer of Rs80 a share—nearly 100% higher than the then prevailing market price—was rebuffed and a much lower offer of Rs44-45 a share from Inox was accepted instead.

A Reliance MediaWorks official spokesperson, on Tuesday had said in an email statement that “the issues involved are nowhere as simple as acceptance of a higher or lower price by the sellers, but far more complex and involving serious matters" such as “suppression of material facts", “violations of the Sebi takeover code, and Sebi fraudulent and unfair trade practices regulations", “fiduciary duties of promoters of listed companies" and “protection of the interests of minority shareholders".

It added that Anil Ambani’s multiplex owing company will raise these issues with Indian regulators such as “Sebi, ministry of company affairs, the Reserve Bank of India, Income Tax department, etc".