Tayals in talks to recast loans worth ₹2,800 cr

Tayals in talks to recast loans worth ₹2,800 cr

Mumbai: A consortium of 15 banks, led by Bank of India (BoI), has begun restructuring ₹ 2,800 crore worth of loans of eight firms run by the Tayal group, promoters of erstwhile Bank of Rajasthan (BoR). 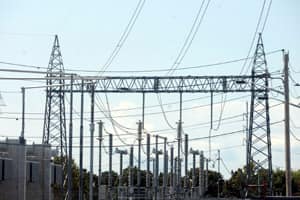 “Banks have agreed for the corporate debt restructuring (CDR) of two firms. We hope to work out the same for other companies as well soon," one of the officials said.

A CDR is an agreement between a group of banks and a borrower under which the lenders generally extend the repayment term and offer a moratorium. The Tayals have sought a 12-18 months moratorium on loan repayment and 2-3% reduction in interest rates. A moratorium is a halt in repayment for a specific period.

The Tayals, who have about ₹ 861 crore (as per Friday’s share price) stuck in the form of frozen shares in ICICI Bank Ltd following the ICICI-BoR merger last year, are facing a crisis due to the poor performance of group firms in the textile sector.

The Securities and Exchange Board of India (Sebi) had frozen the shares in 2010 after the merger of BoR with ICICI Bank.

According to the officials quoted earlier, the loan recast is critical as the firms would have otherwise been classified as defaulters.

“Some of the group firms have already stopped the interest payments in the recent months and others would have been forced to do so as cash flows are very poor," the official said. Almost 90% of the group’s revenue is coming from textile business.

A BoI official said some of the group companies have already been admitted to CDR. “We are in negotiations with the promoters...the accounts have not turned NPA (non-performing asset)," the BoI official said. He too declined to be named.

Officials from other banks in the group including Punjab National Bank did not want to comment, citing client confidentiality.

Analysts said banks are left with few options but to restructure the loans. “Banks may prefer to do the CDR than leaving these accounts to become NPAs, considering that the loan amount is significant," said K.N. Rahman, deputy research head at Mumbai-based brokerage Way2Wealth Brokers Pvt. Ltd.

Indian banks had received several requests from textile firms for loan recast in the wake of a fall in cotton prices and slump in demand affecting their earnings. The banks have agreed in principle to restructure some of these loans on a case-by-case basis after assessing their cash flows, according to banking industry officials.

Such proposals, however, cannot be termed as a bailout as they do not involve any fresh infusion of cash.

The ₹ 5,000 crore Tayal group, headed by industrialist Pravin Kumar Tayal, hit the headlines in 2010, when both the Reserve Bank of India and Sebi found irregularities in the running of BoR. The merger was done through swap of shares and it valued BoR at ₹ 3,000 crore.

Accusing the promoters of irregularities in share transactions, Sebi banned at least 100 entities, including those owned and controlled by the Tayals, that received ICICI Bank shares from trading in these stocks. Sebi’s order said the Tayals had indirect control of 100 different entities belonging to the Yadav Group and the Silvassa Group.

Sebi had also found that the Tayals increased their stake in BoR, and many promoter entities had made fund transfers or share transfers through off-market deals to various other entities “in a deceptive and fraudulent manner with the active connivance of others", to 55.01% over the years while the disclosed shareholding was 28.61%.