Bangalore: Gokaldas Exports Ltd, which was acquired by the world’s largest private equity (PE) firm last year, posted a 5% year-on-year drop in its total revenue to ₹ 285 crore for the March-ended quarter. 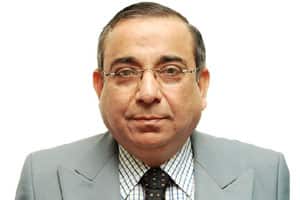 Private equity firm Blackstone Group Lp, which owns a 68% stake in Gokaldas, acquired management control in the firm in early 2011. The founding Hinduja family has a 20% stake.

“Going forward our efforts for strong topline growth will continue and we believe that we can drive more productivity, leading to better profitability," chief executive Gautam Chakravarti said in a statement on Monday.

In an analyst call, Chakravarti said Gokaldas will focus on getting new customers and cost-effective manufacturing through a consolidation of its factories and newer technologies. “The company has now turned the corner and is now poised for profitable growth," he said.

Net borrowings dropped to ₹ 190 crore as of March end from ₹ 264 crore a year ago, the company said.

Gokaldas acquired nine new clients during the financial year, of which four are in the US and the rest in Europe, it said.