Mumbai: Advance tax payments by prominent high networth individuals (HNIs)—who figured among the top 10 taxpayers in Mumbai—rose 32.5% from a year ago in the December quarter, according to data provided by the income-tax (I-T) department, suggesting that the rich are waiting for clarity before reinvesting their money in a slowing economy. 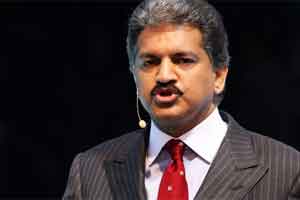 According to the norms laid down by the Income-Tax Act, non-corporate assessees are required to pay 30% of their total advance tax in the second quarter, followed by 30% and 40% in the next two quarters, respectively, on their projected earnings.

Thus, by the December quarter, non-corporate taxpayers would have paid 60% of advance tax.

Construction and real estate tycoon Niranjan Hiranandani, co-founder and managing director of the Hiranandani group, paid Rs1crore. He paid an identical amount in the year-ago quarter.

The government is targeting Rs5.85 trillion from direct taxes, comprising corporate and personal income tax, in the current fiscal year.

According to the Central Board of Direct Taxes (CBDT), as on 17 December, the direct tax collection touched Rs3.16 trillion—down 18.5% from Rs3.88 trillion in the same period last year—amid a shortfall in tax collections on account of slowing economic growth.

In an interview to PTI last week, CBDT chairman M.C. Joshi, said that tax authorities will focus on bigger assessees and salaried employees to mop up the revenue to achieve the direct tax budget target of Rs5.32 trillion.

“Collections from corporate and non-corporate segments in the third quarter are up by 10% and 20%, respectively," Joshi said.

V.K. Unni, who teaches public policy at the Indian Institute of Management, Calcutta, said HNIs were not reinvesting their money in capital formation as economic growth is slowing on the back of high inflation and high interest rates.

“One of the reasons for HNIs paying more could be that their companies are not keen on diversifying or expanding into new areas considering risky external conditions. Even the corporates are not reinvesting their cash balances citing the uncertainty in the market. HNIs are waiting for clarity on where is the market headed," Unni added. 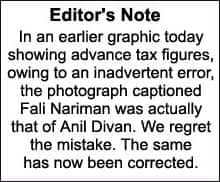