Star, 2 other cos to launch home shopping channel

Star, 2 other cos to launch home shopping channel 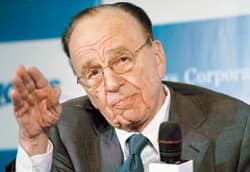 According to a senior executive at Star India, the News Corp. subsidiary that runs one of the country’s largest television networks, Star and CJ Home Shopping will each hold a 37% stake in the venture, with Sakaal taking the rest under the deal signed more than a month ago.

Sakaal will set up a separate unit, which will handle the retail side of the business, because foreign investment regulations do not allow overseas companies such as the Korean firm to run a multi-brand retail business in India. “The JV (joint venture) will have a client relationship with Sakaal’s retail venture," said the executive, who spoke on condition of anonymity.

If the channel catches on, the venture might consider launching similar home shopping channels in regional languages as well, this executive said. Initially, the venture will operate only on television and may eventually expand to other platforms such as the Internet and mobile phones.

The potential for growth, rather than immediate gains, is what prompted Star India to look at the home shopping segment, said an executive at the company who is involved in the venture.

“The so-called growth of the Indian middle class, which essentially means there is disposable incomes all around, will inevitably lead to tremendous growth in retail," said Paritosh Joshi, president, new ventures, Star India.

“While the bulk of this will be in the form of in-store retail, shopping on non-store formats such as television, online, mobile and catalogues will also grow," Joshi said. “Even if home shopping gets a low single-digit share of India’s retail pie, we are still talking about a few billion dollars."

He declined to comment on the specifics of Star’s venture. “We are not ready to speak yet," he said.

“We have had to do several things that are unique to this space in this country," said Sandeep Malhotra, CEO, Homeshop18. “We operate like a large buying house across 20 product categories. We had to build a large logistics footprint that now reaches more than 2,000 cities and a contact centre manned by 350 salesmen on the phone," he added.

Malhotra said the business has been growing at 50% month-on-month since the launch and aims to garner sales of around Rs400 crore in the first year of operation. Apart from the channel, Homeshop runs a shopping portal and a catalogue business.

“Globally, the opportunity is big. In North America alone, the top six to seven players together sell goods worth $40 billion," Malhotra added.