New Delhi: When Maruti Suzuki India Ltd set about refreshing its best-selling Swift hatchback, social media provided ideas on what needed to be done. The company’s online reputation management team tracks the digital media, including social networking sites such as Facebook, Orkut and Twitter for comments regarding products and services.

One key criticism that kept coming up online was that the “plasticky" interiors lacked finesse. That was sought to be fixed in the new Swift launched in August last year. 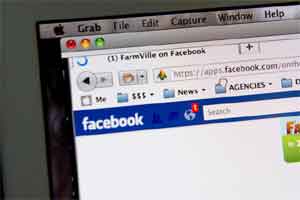 At the Auto Expo that ended in Delhi on Wednesday, this was acknowledged in various forms at the stands of carmakers such as Maruti, Hyundai Motor India Ltd and BMW India Pvt. Ltd.

Hyundai used a “buzz" card rather than a fingerprint to get instant feedback. Visitors could also upload technical specifications to their Facebook pages and share them with friends in real time.

BMW India registered visitors with a connect card that could exchange information with their Facebook pages when tapped against an AppleiPad attached to each model on display.

Apart from data on the car, users could get their photos shot and uploaded on Facebook immediately.

For volume car makers such as Maruti and Hyundai, the process creates a database of potential customers. The method is more effective than a traditional survey, with visitors able to express themselves better.

“Social media is a very engaging medium," said Shashank Srivastava, chief general manager, Maruti. “It helps get feedback on both products and services and in making a reputation online."

For Hyundai, social media is critical because it targets younger people.

“We have a lot of young customers and most are hooked to the social media in some way or the other," said Arvind Saxena, director, sales and marketing, Hyundai. “It’s important that we talk in their language to connect with them."

Moreover, social media has a multiplier effect when it comes to the dissemination of information, he said.

Companies have been raising the amount of money they spend on the medium. Maruti spent 8% of its total Rs200 crore advertising and marketing budget on digital media in the year ended March 2011.

This percentage has been doubling each year and is expected to be 16% by the end of the current fiscal year, Srivastava said.

Hyundai’s expenditure on the medium has gone up to 8% from 2-3% three years ago. “Compared to advanced markets like the UK, we as a country are still not very digitized, but the direction is very clear," Srivastava said.

According to the Internet and Mobile Association of India, the number of Internet users crossed 100 million in late 2011, thanks in part to the increasing sales of smartphones. Facebook currently has 38 million users in India.

Automobiles are a high-involvement product category and with buyers belonging to the upper-income, Net-savvy segment, the use of digital media will rise further, said Pradeep Saxena, executive director, TNS Automotive, a market research and sales forecasting firm.