New Delhi: A consortium comprising Tata Power Co. Ltd and SN Power Norway is in talks to buy a significant stake in a 96 megawatts (MW) hydropower project in Sikkim from Sarda Energy and Minerals Ltd in a transaction valued at about ₹ 200 crore, according to two people aware of the development. 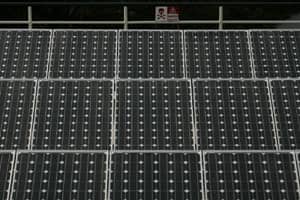 The consortium, formed in in 2009, plans to “set up joint ventures for developing hydropower projects in India and Nepal", according to the information available on Tata Power’s website.

It also states that “the partners aim to have 2,000MW under construction or in operation by 2015, and a total of 4,000MW by 2020." Currently, the consortium is developing the 236MW Dugar hydroelectric project in Himachal Pradesh’s Chenab valley and the 880MW Tamakoshi-III project in Nepal, for which it has an exploratory licence.

A Sarda Energy spokesperson said the firm is looking for investors. “The construction on the project has started. The amount of equity that we will divest will depend upon the discussions. Things are at a preliminary stage."

India’s power sector plans may come unstuck in the absence of adequate funding. The sector will need an additional $400 billion (around ₹ 20 trillion) investment in the 12th Five-Year Plan period that begins 1 April. The funding scarcity threatens to worsen an energy deficit that is seen as a key bottleneck in efforts to sustain and boost economic growth.

Hydropower projects come with their own set of problems. Their construction requires specialized technology and design. They also have to deal with geological surprises such as earthquakes, floods and landslides. With the share of hydropower generated in the country falling, the government is worried as the segment makes up only 38,848MW of the country’s total 187,550MW power generating capacity.

Though India has a hydropower potential of 300,000MW, of which around 145,000MW can be exploited, the Sikkim earthquake last year raised questions on the future of India’s hydropower development. The 18 September 6.8-magnitude earthquake on the Sikkim-Nepal border wreaked havoc in the Himalayan country and the Indian state. Scientists say the likelihood of a stronger earthquake in north India remains. At least 118 people were killed in Sikkim, West Bengal and Bihar in the quake.

The total hydropower generation potential of India’s north-eastern states and Bhutan is 58,000MW. Of this, Arunachal Pradesh alone accounts for 50,328MW. Sikkim as well as most of north India fall in seismic zones 4 and 5, regions classified as highly vulnerable to high-intensity quakes.