Bangalore: India’s ship owners have sought a higher limit on hull and machinery cover of up to $100 million for ships bringing crude oil from Iran after an insurance ban by the European Union (EU) from 1 July prevented local insurers from extending this cover. 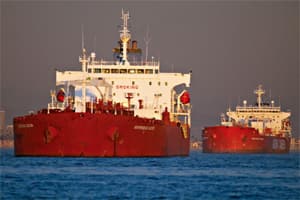 However, United India said that it cannot offer a higher cover due to lack of re-insurance facility from European insurers. “This is the limit we can offer based on our own strength without any re-insurance," a spokesman for United India said, adding that ships coming within the $50 million range can take the cover to ship crude from Iran.

Indian ships will not have the hull and machinery cover if they carry Iranian crude. This is because the cover is partly re-insured with the European insurers. The EU has banned the purchase, transport, finance and insurance of Iranian oil from 1 July, as part of measures against that country’s nuclear programme.

Most Indian tanker owners, however, say that the scope of the cover was inadequate compared with what the London-based International Group of Protection and Indemnity Clubs (IG Clubs) offered.

IG Clubs, a 13-member group, insures around 95% of the world’s tankers, placing a $1 billlion limit on individual claims that involve pollution damage and wreck removal.

“It’s not just the quantum of cover, the quality of cover is also very important," said an executive with a top tanker operator based in Mumbai. “We want a like-to-like cover (similar to the one offered by the IG Clubs). The fine print of the United India cover does not enthuse us to say yes to the cover." He spoke on condition of anonymity because of the company’s policy on speaking to the media.

The third-party liability cover is separate from insurance for the ship’s hull and machinery.