Everonn Skill Development Ltd, a subsidiary of Everonn Education, that is the largest partner of National Skill Development Corporation (NSDC) and has a target of training 15 million people by 2022, hasn’t achieved even half the number of its first year’s target, according to two government officials familiar with the matter who did not want to be identified. 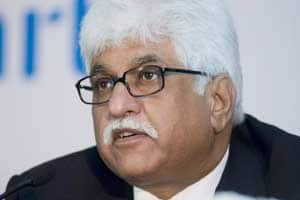 A file photo of Rakesh Bharti Mittal, the chairman of Centum Learning till Wednesday. The acquisition of Centum is among the first positive news to come out of Everonn Education. Photo: Harikrishna Katragadda/Mint

“The question is whether Everonn will train 15 million now or 26.57 million. Does it have the capability to do so?" asked one of the government officials cited in the first instance.

“This figure shows that many partners have not fared well. With the largest partner (of NSDC) acquiring the second largest partner, a lot of focus will be on Everonn and how it performs," the second government official said. This person added that Everonn’s failure to do this could raise questions about the functioning of NSDC itself.

On Wednesday, the Bharti group exited the training business.

“Everonn will, subject to the receipt of the necessary regulatory approvals, acquire all of the issued and paid-up share capital of Centum," the two companies said in a statement.

Rakesh Bharti Mittal, chairman of Centum till Wednesday, said in the statement the transaction was in line with “our stated objective of focusing our energies on our core businesses through which we are making a deeper impact both in India and abroad".

“With this acquisition, Everonn will expand its reach in the Indian training space" by adding corporate training, the flagship product of Centum, as a new business segment, while other segments of Centum will integrate with the existing businesses of Everonn, the Chennai-based education firm informed stock exchanges. Neither Centum nor Everonn disclosed the buyout price.

The acquisition is among the first positive news to come out of Everonn, whose co-founder P. Kishore was arrested for allegedly trying to bribe a tax official in August 2011.