Bangalore:Indiabulls Real Estate Ltd (IBREL) recently relaunched Blu, a luxury residential project in central Mumbai that’s coming up on two mill land plots that the realty firm bought in 2010 for about ₹ 2,000 crore. Two years ago, it had undertaken a soft launch of the project, then called Bleu, and marketed a 75-storey residential tower. 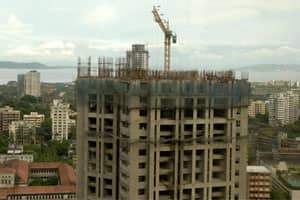 Developers are hopeful that project launches will resume in Mumbai more than a year after a near freeze in approvals. Earlier this year, the development control regulation, on the basis of which project plans are designed, was amended and approvals have been trickling in thereafter.

“There are multiple no-objection certificates that are required from the high-rise committee, environment ministry, municipal corporation to clear a project plan and the processes are getting streamlined," Irani said.

Another large developer, Housing Development and Infrastructure Ltd (HDIL), is gearing up to launch a 750-acre township in Virar on the outskirts of Mumbai as it’s nearly through with getting approvals. HDIL managing director Sarang Wadhawan said that the project would be developed over the next four years and will have a combination of affordable housing and FSI (floor space index) sales. FSI sales indicate sale of built-up area.

“The approval process has got more complex with layers of sanctions being added but now it is a matter of time, and we’ve been given assurance that NOCs should start coming in," said Pujit Aggarwal, managing director, Orbit Corp. Ltd, promoter of the project.

Property analysts have been vocal about the housing supply in Mumbai being choked in the past several months on account of approval delays. “In Mumbai there is a such a dearth of supply that whatever hits the market will be absorbed. However, because of depressed buyer sentiments now, high-value products would face challenges," said Ambar Maheshwari, managing director, corporate finance, Jones Lang LaSalle, a property advisory.

With a number of changes in the development norms, not all realty firms are happy with project specifications being changed after apartments have been sold.

Haresh Mehta, managing director, Rohan Lifescapes, which is developing an Indian version of the Trump Tower in south Mumbai with The Trump Organization, said that the project plans that had been submitted have not been passed and it would be difficult to re-design the project from scratch.

The wait for approvals isn’t over for many developers though.

“Twelve of our projects are still waiting for different kinds of approvals," said Lalit Kumar Jain, chairman and managing director, Kumar Urban Development Ltd. Jain, also national president, Confederation of Real Estate Developers’ Association of India, added he was hopeful that with the new commissioner, approvals will be expedited.