When the global financial crisis hit in 2008, experts predicted a decline in remittances, and expected that many international migrants would return home. However, a new book published last week by the World Bank, Migration and Remittances during the Global Financial Crisis and Beyond, shows that in reality, exactly the opposite took place. The book’s editor Dilip Ratha, senior economist and manager of the migration and remittances unit at the World Bank, explained these new trends, paying special attention to India, in an interview. Edited excerpts:

What was the effect of the global economic crisis on remittances worldwide, and on India specifically? 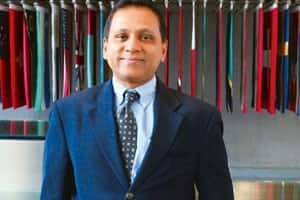 Why has there been so little change in remittance flows to developing countries despite the economic crisis?

There are a couple of reasons we had not anticipated. One is the fact that remittances are often the reason why people migrate. So when migrant incomes were impacted by the crisis, migrants tried to cut consumption or share rent to be able to maintain remittances. The number two reason was that even with the economic crisis, there was not actually an increase in return migration. In fact, return migration to India fell. The main reason was that due to the crisis, major destination countries tightened visa rules and border controls, and, people who were already working in the US, Europe or Gulf countries didn’t want to return, because there was a fear that they wouldn’t be able to come back again. So, the total stock of migrants that sent money home stayed constant or even continued to increase, and that was a strong persistence in remittance flows to developing countries. The third reason, which applies specifically to India, is the unexpected movement in the rupee-dollar exchange rate. Indian goods and services, assets, stocks, and housing have become cheaper in dollar terms in a significant way. These assets have become attractive to non-resident Indians (NRIs) and migrants worldwide, so we expect to see a surge of flows to real estate and NRI bank deposits, which was what happened also in 2008.

Why is the resiliency of remittances so significant?

In the past we knew that if there is a crisis in the remittance-receiving country, migrants send more home. Now we are seeing a new trend: The resilience and stability of remittances even during a crisis in remittance-source countries. This is new, and widespread all over the world. And this is an interesting contrast with the cyclicality of foreign direct investment flows, or the pressure one is seeing now on official aid flows as well, because of fiscal difficulties in the donor countries. In other words, remittances are always important as a source of development funding. However, they become even more important during a crisis. Yet, if you see how the government approaches remittances, there is little attention paid to the outcome of migratory flow, while there is large attention to supporting and encouraging foreign direct investment.

You say in your book that governments need to “harness" the power of remittances, and remove immigration restrictions. How do you recommend that they do this?

First thing would be to take stock of the size and the nature of these flows, both domestically and internationally: How large they are, how many migrants and what are the major destinations for migrants. The second thing is to understand the major roadblocks that constrain the flows of remittances from migrants to their own accounts, and to those of their families.The cost of sending remittances is very high. On top of that, national post office networks often have exclusive partnerships with money transfer companies, so if you send money to India through the post office, you would pay a large money transfer fee to a major international money transfer company. And these few companies have monopolistic power, because the exclusive contract acts as a barrier to entry.

Developed destination countries also need to recognize that today’s workforce is not specific to the local population. If you ask a firm, would you rather hire native workers or foreign workers, they would probably respond: I don’t care. I want to hire the best worker at the best price. So, restricting labour mobility and reducing migrant worker quotas during times of crisis creates tension between protecting domestic workers versus protecting native businesses. In my view, businesses are the engine of growth, and they ought to be protected, because they are the institutions that create jobs. If they are constrained in their hiring decisions, then economic recovery is delayed.