Aditya Birla to pick up 27.5% stake in Living Media

Aditya Birla to pick up 27.5% stake in Living Media

Mumbai/New Delhi: The financial services-to-telecom and retail conglomerate Aditya Birla Group said on Friday that it has agreed to pick up a 27.5% stake in Living Media India Ltd, which publishes India Today magazine, marking a fresh bid to enter the media industry. 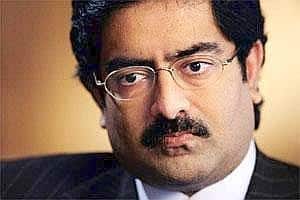 “The media sector is a sunrise sector from an investment point of view," Kumar Mangalam Birla, chairman, Aditya Birla Group, said in the statement. “I believe that Living Media India offers one of the best opportunities for growth and value creation."

Aroon Purie, chairman of Living Media India, said in the statement that the partnership with the Aditya Birla Group will enable the media house to “aggressively address the current and future potential of the Indian media business which is at a tipping point".

“The Aditya Birla Group with its strong leadership, global footprint, diversified business interests and its shared values of integrity, commitment and social responsibility make it a perfect fit with the India Today Group," Poorie added. Ambit Holdings Pvt. Ltd acted as the investment banker for the deal.

Mint had reported on 10 April that the Aditya Birla Group was believed to be in talks with the Aroon Purie-promoted company to buy a stake. He didn’t respond to phone calls and text messages as of press time. Ambit chief executive Ashok Wadhwa could not be reached on his cellphone.

Living Media owns the India Today Group of publications and has a 57.11% stake in TV Today Network Ltd, which is listed on the stock exchanges. TV Today runs the Aaj Tak and Headlines Today news channels.

The Aditya Birla Group previously tried its hand at the media and entertainment business with Applause Entertainment Pvt. Ltd in 2003. The firm was involved in television and film production, and made films such as Black and Dev, both of which featured Amitabh Bachchan. However, the business was shut in 2009.

This is the second significant acquisition announced by the Aditya Birla Group in a month’s span. On 30 April, the $35 billion conglomerate by revenue announced that it was acquiring a majority stake in the Pantaloons retail chain from the Kishore Biyani-promoted Future Group for ₹ 1,600 crore.

With a stake in Living Media, the Aditya Birla Group will join other conglomerates such as Mukesh Ambani’s Reliance Industries Ltd (RIL) and his younger brother Anil Ambani’s Reliance Group that have invested in media companies.

“The news and publishing space interests corporates simply for the edge it gives their companies," said a media analyst who didn’t want to be named. “Living Media has been looking for funds for its television news business (TV Today Network) given that they have been losing advertising revenue to rival channels."

RIL, through group companies, had investments worth ₹ 2,600 crore in various channels of Hyderabad-based Eenadu Group. On 3 January, RIL announced that a part of its investment in the ETV channels of the Eenadu Group was being divested to Raghav Bahl-promoted TV18 Broadcast Ltd. In turn, RIL’s subsidiary Infotel Broadband Services Pvt. Ltd entered into an agreement with TV18 and Network18 Media and Investments Ltd for preferential access to all their content for distribution through the fourth-generation broadband network being set up by Infotel.

RIL, through a trust, will also help Bahl’s companies finance the acquisition by subscribing to a rights issue for equity shares of TV18 and Network18. The entire transaction is valued at ₹ 4,000 crore.

Anil Ambani’s Reliance Group is a key stakeholder in the company that runs the Bloomberg UTV news channel and its group companies operate other entertainment channels and radio stations as well.