New Delhi: Modifying its earlier order that stayed insolvency proceedings against Jaypee Infratech Ltd, the Supreme Court on Monday directed the Insolvency Resolution Professional (IRP) to take over the management of the company and submit an interim resolution plan—one that takes into account the interest of homebuyers—within 45 days. 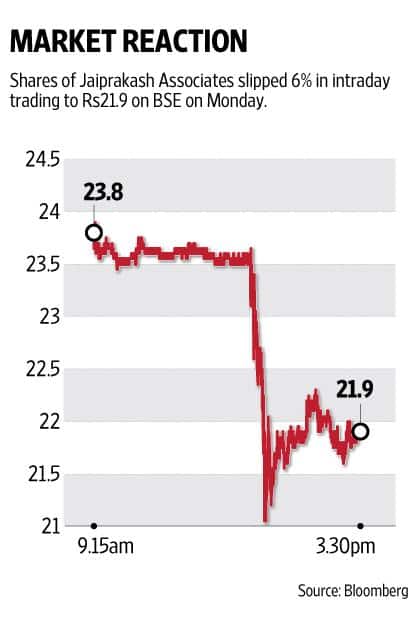 Noticing that Jaypee Associates Ltd (parent company of Jaypee Infratech) was not party to the insolvency proceedings, the court directed the company to deposit Rs2,000 crore to the court by 27 October to safeguard the interest of homebuyers. Any property to be sold by them would have to be approved by the court.

The court further restrained the directors and managing directors of Jaypee Infratech and Jaypee Associates from travelling abroad without prior permission of the court.

Attorney General K.K. Venugopal had suggested to the court that the IRP be given more time to formulate a plan so that everybody’s interest is taken care of.

The counsel for homebuyers urged the court for their interest to be protected as they belonged to middle and lower income groups.

Agreeing to the IRP taking over the insolvency proceedings, Abhishek Manu Singhvi, the counsel for IDBI, said, “Under the statutory scheme, IRP has to take over in the absence of which the letter and spirit of the Insolvency and Bankruptcy Code of India (IBC), 2016 would be affected."

On 4 September, the apex court had stayed an order passed in August by the Allahabad bench of the National Company Law Tribunal (NCLT) which initiated insolvency proceedings against Jaypee Infratech.

Legal experts said the apex court’s ruling could set a precedent in terms of how it balances the rights of lenders versus those of homeowners or the public at large.

The court was hearing a public interest litigation (PIL) by Delhi resident Chitra Sharma, who has booked a home in a Jaypee Infratech project.

Homebuyers in Jaypee Infratech projects were required to fill up forms to register claims in the corporate insolvency resolution process against the firm by 31 August.

“A total of 32,000 people are being affected and have been left remedy-less," Aishwarya Sinha, lawyer for Sharma, said.

In a 9 August order passed by the Allahabad bench of NCLT, liquidation proceedings against Jaypee Infratech were initiated under the Insolvency and Bankruptcy Code of India (IBC), 2016.

Sharma’s plea sought a stay on the NCLT order, and urged the court to conduct a forensic audit of Jaypee Infratech and Jaiprakash Associates.

As per the NCLT order, it is mandatory for homebuyers to submit forms B and C issued by the IRP that pertain to financial creditors. However, on 16 August, IBC was amended to include homebuyers as another category of individual creditors.

The petition submitted that such an order was forcing homebuyers to submit themselves to the jurisdiction of the IBC, even though it does not cater to their interests.

Jaypee Infratech was among the 12 companies, against whom the Reserve Bank of India (RBI), through its 13 June directive, had asked banks to file insolvency petition.