Mumbai: A blueprint for the next phase of growth at India’s largest private sector engineering conglomerate Larsen and Toubro Ltd (L&T) is being drafted, its chairman and managing director A.M. Naik said on Tuesday while announcing a joint venture with EADS Defence and Security, for defence electronics in India. The €5.7 billion (Rs37,791 crore) EADS Defence and Security is a systems solutions provider for armed forces and civil security. 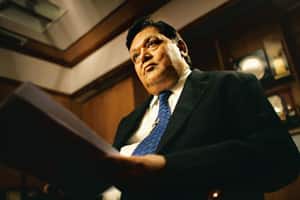 Naik and his men are planning to focus on segments traditionally dominated by foreign defence equipment makers and state-owned companies.

Since 2000, L&T has charted two five-year plans to reposition the company which was heavily into engineering, procurement and construction segments with a large exposure to commodity businesses, such as cement and ready-mix concrete, to a more focused value-added engineering company.

The first plan was devised by Boston Consulting Group, a leading global management consulting firm. It saw L&T divesting its cement business in favour of the Aditya Birla Group. This was done through a unique arrangement with L&T employees getting shares of their own company following the divestment.

The two five-year plans paid huge dividends to the shareholders of the company including its employees who hold a 12.7% stake in it through a trust.

While Naik was not forthcoming on the blueprint for 2015, L&T’s recent moves such as signing a slew of pacts with nuclear engineering firms such as Westinghouse of USA, Atomic Energy Commission of Canada and Russia’s Atomstroyexport for nuclear plants, an entry into nuclear equipment forging, defence shipbuilding and the latest joint venture make it clear that L&T is focusing more on its core competencies.

The highly skilled areas of engineering that L&T is entering are currently largely serviced by imports. For L&T, it will bring in “better margins", said Naik. The operating margins are currently at 8-9% and the new areas it is entering could fetch margins of about 11-12%.

Naik hopes that the nuclear programme will be in place once the new government assumes power. By signing pacts with three companies in the nuclear energy space, L&T has hedged its risks as a nuclear equipment maker.

It has put in place a nuclear equipment forging shop in Hazira in Gujarat at an investment of Rs1,500 crore.

This is in addition to a defence shipbuilding yard near Chennai at a cost of Rs1,500 crore.

On the Vision 2010 plan, Naik is “watching the next few months whether our targets will be met, but we are on track".

A recent Edelweiss Securities Ltd report, titled Too Early to Cheer, by Misal Singh and Hiral Desai, commenting on L&T’s Rs5,780 crore orders in power and process businesses in the January-March quarter, said, “Even with the spate of orders in the last week of Q4FY09, we believe the initial order accretion guidance (30% growth) for FY09 is unlikely to be met."

“While the current order announcements by L&T in the power and infrastructure verticals is certainly a positive, we believe it is too early to conclude that the same will translate into higher than expected order inflows in FY10," the report added.