“The capital will be given in one shot, and not in tranches for the development of a few projects of Prestige in Bangalore," said one of the two people cited above.

They declined to be identified.

Red Fort Capital, which has about $1 billion (around ₹ 5,600 crore today) of assets under management in India, has already invested nearly ₹ 400 crore in multiple office space development and residential projects of the Bangalore-based developer. 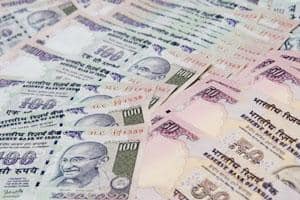 Red Fort is also raising a new $500 million fund to invest in residential and commercial projects in key property markets during a time when several funds are struggling to raise fresh capital because of diminished investors’ interest.

“The money for the new fund will be raised by the first quarter of next year," said the person cited above.

Earlier this year, Red Fort invested ₹ 150 crore in a residential project conceived by the 3C Company in Gurgaon, a suburb south of New Delhi, after having invested in multiple projects of the firm before.

In 2011, the fund had invested ₹ 250 crore in a slum redevelopment project of Omkar Realtors and Developers Pvt. Ltd, making Mumbai a new investment destination.

“Few PE funds are currently in deployment mode and most have faced difficulties in raising capital, particularly from overseas investors because of the latter’s lack of faith in the Indian real estate market," said Rajeev Bairathi, director, investment advisory, DTZ International Property Advisors. “PE investments are also increasingly happening in mature assets such as pre-leased office space and residential projects that are underway rather than greenfield projects because of the reduced risk-taking appetite."

With due diligence measures getting stricter, PE funds prefer the comfort of multiple investments in a single company rather than scout for new developers to partner with.

PE funds had invested $957.62 million in the real estate sector in 2011, of which $243.46 million was invested in Bangalore alone, according to VCC Edge, a researcher.

This year, so far, $1.01 billion has been invested across cities, and $10.23 million of that has been in Bangalore.