Thanks for Visiting Mint
You seem to have an Ad Blocker on. Please turn it off in order to continue, or whitelist Mint
HOW TO TURN OFF AD BLOCKER
OR
REFRESH IF YOU ALREADY TURNED OFF THE AD BLOCKER
Home >Companies >Premji Foundation extends focus to health, nutrition

Bangalore: The Azim Premji Foundation is planning 10 resource centres that could potentially be duplicated in all of India’s 626 districts to focus on basic needs such as health and nutrition—trying out a new model of development that would involve a private body and eventually cover the entire country. 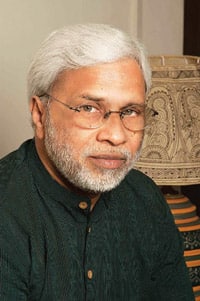 The resource centres would be a big leap for the foundation, which is now aiming for a holistic approach to development—focusing on core needs such as education, mother and child health, livelihood problems that parents face, governance and ecological issues.

To begin with, the foundation wants to set up the resource centres in 10 districts in the next 12 months.

“We will do that (run resource centres) at a district-level first. The idea is to offer the resource centre to the government institutions, government schools, private schools and other institutions to contribute to their capacity," said Dileep Ranjekar, the foundation’s chief executive officer. “The importance of a district project is that if it works, the multiplier is low. You have just 600 districts in the country (to replicate it in) as compared with a school model, where there are 1.3 million (government) schools."

Non-profits have tried similar initiatives before, but couldn’t scale up, said D. Rajasekhar, professor and head of the Centre for Decentralisation and Development at Bangalore-based Institute for Social and Economic Change.

He cited the example of organizations such as Gram Vikas and Myrada, which have an integrated approach to development, but have been restricted to specific pockets. “Non-profits can show the way, but cannot take over the role of (the) government."

Even for the Azim Premji Foundation, resources will be a constraint and working with the government is no easy task, Rajasekhar said.

Premji didn’t respond to queries emailed to his office, but in a recent interview with Forbes, he had said the amount donated by him to the foundation is much higher than the publicly quoted figure of Rs450 crore.

The foundation already works with at least 20,000 of the country’s 1.3 million government schools, steering them out of rote-based to understanding-based learning, improving workbooks and developing digital learning content, among other things. India’s literacy rate, at just over 65%, lags behind the global average of 80%, the foundation says on its website.

The foundation has decided not to restrict itself to working with the government going forward. For instance, it’s setting up an eponymous university and is considering whether it should run schools as well.

The Azim Premji University will specialize in creating and training policymakers, prospective entrepreneurs, training teachers and learning experts, among other things. Given that there are few education specialists in India, the foundation is talking with foreign institutions for collaborations. It has already signed a research collaboration agreement with Ontario Institute for Studies in Education.

Ranjekar said the university will be operational within a year, starting with a postgraduate programme for education-change leaders at a rented premises while a permanent campus is set up. It is acquiring land for the university near Sarjapur Road in east Bangalore, home to the foundation and Wipro’s corporate headquarters.

The scarcity of trained personnel has slowed the foundation’s work and held it back from fully using its allocated annual budget of Rs25 crore, Ranjekar said.

While students graduating from the Azim Premji University will be free to join the government, private institutions or turn entrepreneurs, the foundation could absorb the initial 500 students, he said.