Mumbai: Strong growth in the consumer and mortgage businesses and improving asset quality have bolstered the earnings of foreign lenders in Asia’s third-largest economy. 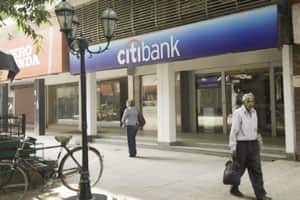 Deposits grew 14% to ₹ 64,698 crore. Out of total deposits, the portion of current and savings account, or Casa, was 55%. This is critical for keeping a bank’s cost of money low.

Money kept in current accounts does not earn any interest and most banks offer 4% on savings accounts.

Citibank’s bad loans dropped, with net non-performing loans as a percentage of overall loans declining to 0.9% from 1.2% in the previous year. Its capital adequacy, a measure of financial strength expressed as a ratio of capital to risk-weighted assets, stood at 16.03% against the regulatory minimum requirement of 9%.

“Overall, Citi India’s total assets including credit extended to Indian institutional and non-resident Indian clients from offshore branches stood at ₹ 182,256 crore on 31 March 2012, representing an 18% increase over the previous year," the bank said in a statement.

Foreign banks account for about 7% of the assets of the Indian banking sector. The Reserve Bank of India (RBI) is in the process of finalizing norms to give a larger play to the foreign banks operating in the country. The relatively larger foreign banks such as Citi, HSBC and a few others will be able to locally incorporate their operations following changes in norms. Currently, they operate as branches of their foreign parents.

In January 2011, the central bank had released a discussion paper that suggested almost doubling the role of foreign banks in the Indian banking system, saying it will “incentivize" foreign players to operate through the wholly-owned subsidiary route in the country.

Under a 1997 World Trade Organization agreement, RBI needs to give 12 new branch licences to foreign banks every year, including those given to the new entrants, but the Indian central bank has been allowing foreign banks to open more branches.

Last week, HSBC India had reported a 30% rise in net profit to ₹ 1,988 crore for the year ended March, on the back of an overall improvement in operations and a reduction in bad loans.

The lender had seen its net non-performing assets ratio coming down to 0.62% from 0.91% a year ago. Its loans grew 30% to ₹ 35,512 crore during the period under review, up from ₹ 27,401 crore in the year-ago period, with the advance-to-deposit ratio increasing to 58%, reflecting the bank’s capacity to continue to support its customers going forward.