"storyDirectUrl"
OPEN APP
Home >Companies >Atul Agarwal | I doubt we&#8217;ll get anything in event of a claim

Atul Agarwal | I doubt we&#8217;ll get anything in event of a claim

Bangalore: Tanker owner Mercator Ltd last week emerged as the only local company to accept an emergency insurance package by United India Insurance to bring crude oil from sanctions-hit Iran that bypasses a European Union insurance ban from 1 July. It wasn’t an easy decision for Mercator to take, given the huge risks involved, the firm’s managing director Atul Agarwal said in an interview. Edited excerpts:

What has been your experience with the United India Insurance cover for the trip to Iran for Mangalore Refinery and Petrochemicals Ltd (MRPL)?

The cover is grossly insufficient and inadequate. We really do not know how it will work. United India has no previous experience in giving this type of cover. 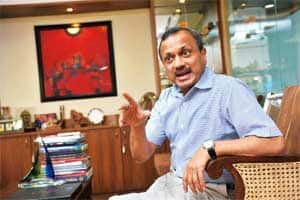 Out of the total premium paid to United India for a single voyage to Iran, $40,000 is towards hull and machinery, which covers physical damage to the ship, and the balance is for protection and indemnity, which covers third-party liabilities including pollution damage, wreck removal and personal injury claims. The premium amount includes a service tax of 12.36% and stamp duty.

This is against a normal premium of around $5,000 per voyage paid to IG Clubs assuming a ship makes 24 trips in a year. The United India premium, thus, is 16 times higher than what is charged by the IG Clubs.

The general view among tanker owners is that the United India cover is just a piece of paper, a fig leaf. It’s not a real cover and if pollution occurs, it means nothing?

Nowhere in the world is $50 million (the maximum cover given by United India) sufficient in the event of a pollution incident. Claims will run into hundreds of millions of dollars.

We are not clear what the policy covers, what it will not cover and how it’s actually going to work. I doubt whether in the event of a claim, we will actually get anything.

What made you accept the cover?

We just wanted to prove to the people of India that here is a willing shipowner who is prepared to go to Iran in national interest despite the huge risks involved.

Have you sought the government’s intervention on the issue?

The Indian National Shipowners Association (INSA) has written to the shipping ministry requesting it to take up the matter with the department of financial services for a reduction in premium charged by United India or requesting oil companies to pay the premium.

If MRPL buys crude on cost, insurance and freight (CIF) basis (the government has permitted this on a case-to-case basis) as threatened by its managing director, it will have to come to the shipping ministry and INSA for a waiver, according to government policy. What will be your stand if this happens?

It’s not easy for MRPL to buy on CIF basis. Last month, MRPL got only one cargo on an Iranian tanker. The ships of National Iranian Tanker Company cannot go to any other country because of sanctions, and Iran also needs to sell its crude. If MRPL wants to take advantage of the situation by sourcing crude from Iran at cheaper rates, it cannot take advantage of Indian shipping companies.

Are you saying bringing crude using ships and insurance arranged by Tehran is not a workable option?

Today, Iran is in a desperate situation. God forbid an Iranian tanker causes pollution in Indian waters. Iran government says it has insured its tankers. But, we don’t know how good that insurance cover is. It has not been tested.

The shipping ministry has relaxed rules for the entry of Iranian ships into Indian ports. We don’t know the condition of Iranian tankers. We do not know whether these ships are classed with any of the international classification societies (that verifies ships for sea- worthiness) due to the sanctions. Who will be held responsible in the event of an accident resulting in oil pollution?

We are looking only at the money aspect by planning to bring crude on Iranian tankers; we are not looking at the risk part. We are putting our environment and safety at great risk.

Is India’s maritime administration carrying out any inspection on Iranian tankers to see whether they are in good condition? Should they be allowed entry into our ports?

Are we not running a huge risk by allowing Iranian tankers to call at India’s ports? Indian ships operate under strict global regulations.

Do Iranian tankers comply with these? We do not know.

Is United India making the best out of a difficult situation?

United India was nominated by General Insurance Corp. (GIC) to offer this cover. According to us, the premium charged is disproportionately high. They, in our opinion, are profiteering.

The numbers prove it. How do you justify a premium that is 16 times more than the premium charged by IG Clubs?

The US has exempted India from buying oil from Iran. The best way to bring the crude is in ships. What should the government do to make this possible in the best interests of all?

It is important to note that even state-run SCI (Shipping Corp. of India Ltd) has declined the United India cover. Obviously, they realized that the risk was disproportionate.

Your initial offer for the tanker ‘Omvati Prem’ was worldscale 148 (a global benchmark), but settled for worldscale 124 after MRPL refused. Do you think worldscale 124 is a reasonable rate to ship the crude from Iran?

Obviously, we are not happy about it. In this bad market, worldscale 124 is not a wonderful rate. But we are doing this in national interest so that MRPL is not put to a disadvantage. Neither should we be seen as holding MRPL to ransom.

Mercator is carrying the crude at the same rate given by MRPL to Great Eastern Shipping Co. Ltd under an annual contract. Why should we perform at lesser rates and incur a loss? If MRPL asks me to go below worldscale 124 (the rate given to Great Eastern and equivalent to a little over $11 a tonne of oil as freight) and also bear $80,000 as premium, we would prefer to run our ships elsewhere.

At the premium charged by United India, we are, in fact, performing the shipment at worldscale 112; so the premium should be borne by MRPL.

Given the experience, will you offer to undertake the journey to Iran again?

We are prepared to do it again if we get worldscale 124, provided the premium is reimbursed by MRPL. Otherwise, I am running a huge risk. If oil refiners expect Indian tanker owners to finance the premium on their own, they are sadly mistaken.