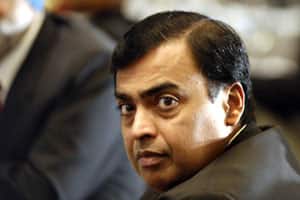 “The revisions are credit negative for the company as it confirms the technical difficulties that it faces in its exploration and production business from declining production and consequently lower cash flows," the Moody’s report said.

Moody’s said the cut in proven gas reserves will reduce total cash flows by some $1.7 billion (around ₹ 9,130 crore today) over the life of its gas portfolio, based on the existing gas price of $4.2 per million British thermal units.

“The even greater decline of 38.8 billion cubic metres in proved developed reserves will require the company to make further investments, although at this stage we cannot estimate the amount of those additional investments," Moody’s said.

The credit rating agency also noted that the aforementioned revision had resulted in RIL’s reserve life “declining significantly, especially for proved developed reserves, based on last year’s rate of production".

“However, we expect the rate of production to decline further, which would help lengthen reserve life," Moody’s said. Though the Mukesh Ambani-led conglomerate will receive technical support from its new equity partner in the oil and gas business, BP Plc, it is not expected to reach the targeted level of production in the next 12-18 months, Moody’s added.

The Moody’s report also made a note of the regulatory action facing RIL, with the oil ministry disallowing cost recovery of $1.24 billion keeping in mind the shortfall in gas production. It stated that the arbitration process was expected to be a long-drawn one, but will not have any “meaningful impact" on the company’ cash flow over the next 12-18 months.

A 23 April report by CLSA Asia-Pacific Markets pointed out that despite plans to invest $10-12 billion in downstream projects in India, and as capital expenditure in the domestic oil and gas business picks up between fiscals 2013 and 2015, RIL will still generate free cash flow. The CLSA report said that at an analyst meet on 20 April, the company’s management indicated it was focused on arresting the decline in D6 output and drive volumes via an integrated development plan, even as it hoped for more remunerative gas prices.