M&M investing over ₹800cr to develop products with SsangYong

New Delhi: Auto major Mahindra & Mahindra on Thursday said it will invest over ₹ 800 crore to develop a joint platform for two products with its Korean subsidiary SsangYong Motor over the next 3-4 years.

The company today unveiled four models from SsangYong’s portfolio at the 11th Auto Expo here. Out of these, the sports utlity vehicle Rexton will hit the Indian market within next six months.

Besides, the homegrown auto major also announced that it will enter into the heavy bus segment, to be developed on Mahindra Navistar platforms, in the next one year.

“We are developing an all new platform with SsangYong. It will be for two different products, but with same platform and engine... It will take 3-4 years to develop," Mahindra & Mahindra president (automotive and farm sector) Pawan Goenka told reporters here.

He, however, declined to share details such as whether the final products will be a car or a utility vehicle. 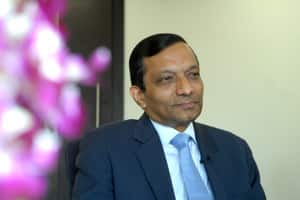 While unveiling the SUV Rexton, he said the vehicle will be launched in India within next six months as a completely-knocked down (CKD) unit.

“We are currently setting up the assembly line for the vehicle at our Chakan facility. This will be SsangYong’s second CKD operations outside Korea," he said.

He added that the company is looking at selling 500-600 units of Rexton per month once the capacity is fully utilised.

The company will launch another SUV from SsangYong’s portfolio — Korando C — next year in India, he said.

On sales network for SsangYong vehicles in India, Goenka said it will be distributed through existing M&M outlets.

“However, we have not decided yet about the badging of the vehicles," he added.

Besides India, SsangYong has CKD operations in Russia for one model.

“We are looking to increase the local production from Russia. By next year, we will add more models to our CKD line-ups there," Goenka said.

SsangYong Motor will also start CKD operations in Brazil in the next two years, followed by China at a later stage, he added.

Talking about the heavy-vehicle making joint venture Mahindra Navistar, Goenka said, “We are looking at entering the large buses segment in one year from now. We are already present in the light buses segment."

He, however, did not share details such as whether it will be developing fully-built coaches or only chasis.

The company currently has 48 dealers for Mahindra Navistar vehicles and will ramp up the same to 100 in the next one year.

On production capacity of its SUV XUV5OO, Goenka said it has been hiked to 3,000 units a month in January.