RIL’s profit was in line with the Bloomberg earnings estimate, which pegged net profit at ₹ 4,256 crore, based on a poll of analysts. Sales were pegged at ₹ 86,352 crore.

RIL attributed the drop in profit for the full fiscal year to soaring crude prices, and higher power and fuel expenses.

“Our businesses have delivered industry-leading performances," RIL chairman Mukesh Ambani said in a statement issued on Friday after the stock markets closed. “This is a reflection of the quality of our assets and growing demand for our products and services in India and internationally."

The company announced a final dividend of 85% of the face value its shares for fiscal 2012, which translates into a payout of ₹ 2,941 crore.

Despite RIL’s core businesses performing weakly, its profit received hefty support from other income of ₹ 2,295 crore, more than half the net profit for the quarter. Other income rose 150% from a year earlier. 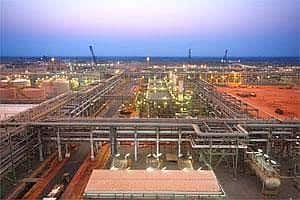 “RIL’s results were a bigger disappointment than expected," independent stock market analyst S.P. Tulsian said. “It is the higher other income that has helped them maintain profitability."

Tulsian pointed out that the high level of cash on RIL’s books was alarming and that the company should use some of this money to repay debt. The level of other income accruing to RIL from its cash should come down since it isn’t a finance company, he said.

“It is high time the company clearly pronounces the cash deployment plan...else this factor may remain a huge overhang on the stock," Jagannadham Thunuguntla, a strategist and head of research at SMC Global Securities Ltd, said in a note on Friday.

“We...are investing in our core upstream and petrochemical businesses in India," Ambani said in the statement. RIL will also expand its retail business and was “committed" to offer high-speed wireless data services, he added.

RIL took over the company that was the only one to win a national mandate to offer broadband wireless access in an auction in 2010. The company is expected to start offering 4G services later this year.

Mint’s Aveek Datta says RIL has reported its sharpest decline in profits in more than three years, owing to higher input costs and shrinking margins across its key businesses

RIL’s crude refining and marketing business, the largest contributor to its overall profits, saw operating profit fall 32.4% to ₹ 696 crore in the March quarter, despite a 21.5% increase in revenue to ₹ 76,211 crore.

The operating profit margin in the business contracted to 2.2%, down from 4% a year earlier, but was stable on a sequential basis.

RIL reported a gross refining margin (GRM) of $7.6 a barrel, against $9.2 a barrel in the March 2011 quarter. GRM is the difference between the cost of crude and the value of finished petroleum products sold. GRM for the last quarter of FY12 was, however, an improvement from the $6.8 a barrel reported for the preceding three months.

“During the last quarter, refining margins across all regions improved as compared to (the) trailing quarter, mainly due to continued strong distillate cracks and much improved gasoline cracks, which got support from higher seasonal demand," the company said.

RIL’s refining margin has traditionally enjoyed a premium to the benchmark Singapore GRM, but over the last two quarters it has fallen below this level.

Enam Securities Pvt. Ltd said in a 6 March report that it expected a sequential decline in RIL’s GRM despite a 21% quarter-on-quarter improvement in the Singapore GRM to $8.3 a barrel.

The fact that gasoline, or petrol, comprises a small portion of RIL’s product slate appears to be one of the reasons for its GRM underperforming the regional benchmark.

RIL’s refining margins were also impacted due to the narrower differential between lighter (pure and expensive) and heavier (impure and cheaper) varieties of crude. The differential, according to the company, narrowed to $0.7 a barrel in the March quarter.

RIL’s refinery at Jamnagar, Gujarat, is one of the most complex plants in the world and can process heavier crude to yield a product slate of the same quality that other refiners produce using lighter crude. Soaring international prices of crude led to the price differential between light and heavy crude narrowing, since demand for the latter rises as it’s cheaper.

The performance of RIL’s refining vertical also suffered due to a maintenance shutdown of one of the units at the Jamnagar refinery. The company said it processed 16.26 million tonnes (mt) of crude in the March quarter, versus 17.24 mt in the trailing quarter. “The external sales volume during the quarter was reduced by 6.2%, adversely impacting segment Ebit (earnings before interest and tax)," it said.

Why RIL’s fourth quarter operating profit from the refining vertical wasn’t higher hasn’t been explained sufficiently, since GRM had risen 12.5% from the preceding quarter and would have been more than enough to offset the 6.2% decline in volumes, Tulsian said.

The weakness that the company has witnessed in the oil and gas exploration, and production vertical over the last few quarters due to declining gas output continued in the last quarter of FY12 as well. Revenue from the segment fell 36.5% to ₹ 2,608 crore from a year ago. Operating profit fell 39.4% to ₹ 951 crore.

RIL said production at its most prolific gas asset, the D6 block in the Krishna-Godavari basin, was 551.31 billion cubic ft, 23.5% lower than in the previous year.

The petrochemical business saw a 17.2% decline in profit to ₹ 2,174 crore from a year ago. Revenue grew 17.7% to ₹ 21,412 crore. Petrochemical margins shrank to 10.2% in the March quarter from 10.9% in the trailing quarter and 14.4% in the year ago period. RIL attributed this to a “reduction in deltas across the olefins and polyester chain".

Although the fall in RIL’s profit for the full year was marginal, the company may have to brace for a steeper decline in 2012-13 since weaknesses in businesses such as oil and gas exploration are likely to continue, Tulsian said.