The website of the Registrar of Newspapers for India (RNI) shows that the title of the soon-to-be launched English daily has been accepted and that it will be published in the Capital by Akbar’s MJP Media Pvt. Ltd. 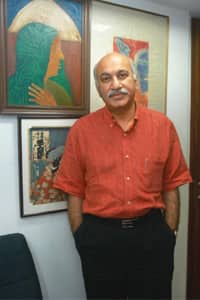 A person familiar with the development said the paper will be launched in February and that a team of 30 people was already in place.

The paper isn’t associated in any way with the British newspaper The Guardian, which is owned by Guardian Media Group Plc and run by the Scott Trust, according to a spokesperson of the UK company.

“Whilst we are always interested at exploring international opportunities, we have no specific plans to launch The Guardian in India at this stage," she said in an emailed response to queries on the paper’s India plans.

The market for weekend newspapers in India seems to have warmed up with Bennett, Coleman and Co. Ltd launching Crest in September as a brand distinct from its mass-market daily The Times of India.

“Most media brands—print as well as television—give short, snappy news. The belief is that media consumption is polarized between weekdays and weekends with the latter allowing involved reading," said C.V.L. Srinivas, media industry expert and former chief executive officer of the media buying agency Maxus.

The rise of retail investors, and the risks, in five charts

Hospital investors line up over $2 bn in exits as covid ...

Lemon and melon, the villains of April inflation

According to Bennett, Coleman chief marketing officer Rahul Kansal, Crest, priced at a premium Rs6, is targeted at the “evolved reader" who was not getting enough from The Times of India.

“The primary aim of Crest was not to get advertising but to segment the market and cater to the readers looking for depth in perspective," he said. Without divulging the total print order, Kansal said Crest is already available in Delhi, Mumbai, Bangalore and Pune. “This weekend, we are launching in Chennai."

However, not everyone is convinced about the weekend paper business model, which flourished for a few years in titles such as the Sunday Observer and the Sunday Mail but has been defunct since the 1990s. For a start, not many product categories are keen to advertise on weekends.

Besides, the Indian consumer, who currently pays between Rs1.50 and Rs3 a copy for a newspaper, is unlikely to shell out a premium for a weekend paper, argued Chakrabarty. “From a purely business point of view, weekend papers in India would be difficult to crack," he said.

Sanjay Gupta, CEO of Jagran Prakashan Ltd, which publishes the largest Hindi daily Dainik Jagran, does not discount the publishing trend, “but I can’t vouch that they would be profitable. Lower circulation will put off advertisers and even a slightly high cover price may not meet their editorial and production costs," he explained.