Equis Funds may pick up stake in Bhilwara Energy

Equis Funds may pick up stake in Bhilwara Energy

New Delhi: Singapore’s Equis Funds Group is in advanced talks with the Ravi Jhunjhunwala-promoted LNJ Bhilwara Group for acquiring stake in Bhilwara Energy Ltd, both at the holding company level and for individual projects.

“The due diligence is on," said a person aware of the development who spoke on condition of anonymity. David Russell, partner and CEO, Equis Funds Group, said in an email response: “Equis’s policy is not to comment on market speculation." An LNJ Bhilwara Group spokesperson didn’t comment on specific queries emailed by Mint because “all the key persons including the CEO" were travelling. A second person aware of the development confirmed that a deal was brewing and the due diligence process is on. 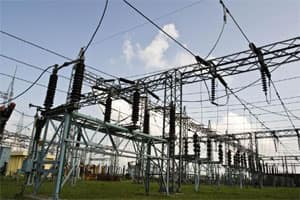 While the number of private equity deals in India had slowed to a trickle in the last few months, largely on account of policy paralysis, foreign power companies and funds are now actively looking for stakes in Indian power projects, seeking to derive value from assets at a time when the sector has shown signs of consolidation.

Equis Funds Group is focused on energy and infrastructure opportunities in Asia. An investment in Bhilwara Energy, if the deal goes through, will be its first in India.

JPMorgan Asia Pacific Equity Research in a 24 June report wrote: “Bilateral contracts (47% of merchant market) have been in the Rs4.2-4.5/unit range over the past seven months; the forward curve continues to show a flat trend. Recent exchange-traded prices (18% of merchant market) show a 26% month-on-month increase in June (except south India). The increase is even sharper compared with April; more so in north India although south India prices are higher on an absolute basis."

Meeting electricity demand is key to achieving the government’s target of 7.6% annual growth in the economy. India has set itself a target of adding 88,000MW of generation capacity over the next five years at a time when the power sector is struggling with challenges in project execution and land acquisition and over environmental issues, besides fuel shortages and cost increases.

A case in point are hydro power projects which come with their own problems. Construction requires specialized technology and design. They also have to deal with geological surprises such as earthquakes, floods and landslides. While the country has a hydropower potential of 300,000MW, only around 145,000MW of this can be exploited. The share of hydropower generated in the country has fallen from 40% to 19.2% in the past 20 years.

Private equity deals worth $3.8 billion were signed in the first half of this year, a drop of as much as 45% from the year-ago period, according to audit, tax and advisory firm Grant Thornton India. However, interest in the sector is picking up. Mint reported on 2 July about overseas utilities including Electricité de France SA, GDF Suez SA, Germany’s E.ON AG, Tokyo Electric Power Co., Korea Electric Power Corp., and Malaysian state fund Khazanah Nasional Bhd actively scouting for stakes in Indian power projects.

PTI and R. Sree Ram contributed to this story.