Mumbai: ArcelorMittal is considering setting up a steel plant in Karnataka, its third in the country, to tap demand in India. 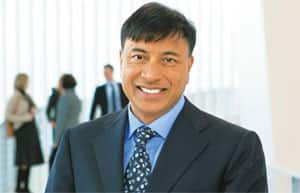 “The feasibility study for the plant will be completed within four months," he said. “This plant is in addition to our other two planned plants," Bhatnagar said. “India’s demand for steel is set to grow."

India’s steel demand may rise as much as 10% this fiscal year, almost double the pace previously estimated, as the government spends more on infrastructure, according to the steel ministry.

Demand grew by about 7% in the first six months of this fiscal year ending 31 March. In October 2005, ArcelorMittal said it plans to set up a factory with a capacity of 12 million tonnes in Jharkhand.

The following year it announced another plant of the same size in neighbouring Orissa. Since then, it has been unable to secure land for the two $10 billion factories.

ArcelorMittal’s chief executive officer Lakshmi Mittal is scouting for alternative locations because no progress is being made at the existing sites, ‘PTI’ reported on 28 October.

GST law may be rid of crime tags

How mutual funds are betting on long-term India story

Why we can delay but not escape the global economic crisis

(Abhishek Shanker in Mumbai contributed to this story.)