What are Millennials drinking? Surprisingly, gin

Bengaluru: Young professionals are increasingly taking to gin, a drink for long seen as the choice of women and the elderly.

According to restaurants and liquor firms, it’s the 25-35 age group that’s now exploring gin, a drink which is easier on the throat, is refreshing and attracts the health-conscious consumer as it is typically consumed with tonic water instead of carbonated drinks. 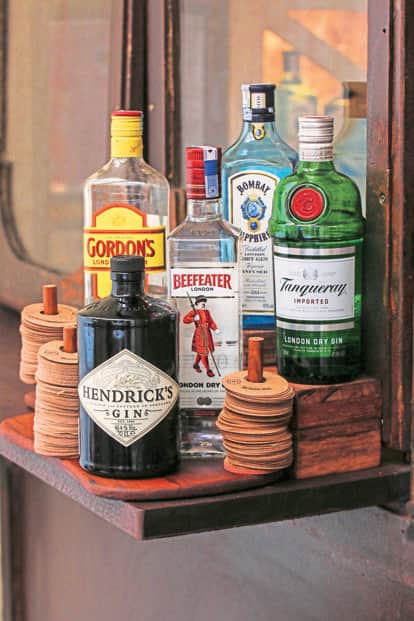 “The market for gin consumers is steeply increasing in India due to its changing demographics. A few years ago, it was categorized to only a very small set of consumers but is slowly growing through change in consumer preferences and occasion-led settings," said Abhishek Shahabadi, Diageo India’s premium core and luxury portfolio head.

Chef Manu Chandra’s restaurant Toast & Tonic in Bengaluru’s Ashok Nagar area was among the earliest to ride the trend.

“I was fairly convinced that gin is the next big thing and for good reason, because it has great characteristics. There was also a fairly large gin revival happening through micro-distilleries across Europe and the US and I said why should we have to wait. About 80-90% of Toast & Tonic’s liquor sales still come from gin and tonic," Chandra said, adding his restaurant attracts a lot of people below 35. 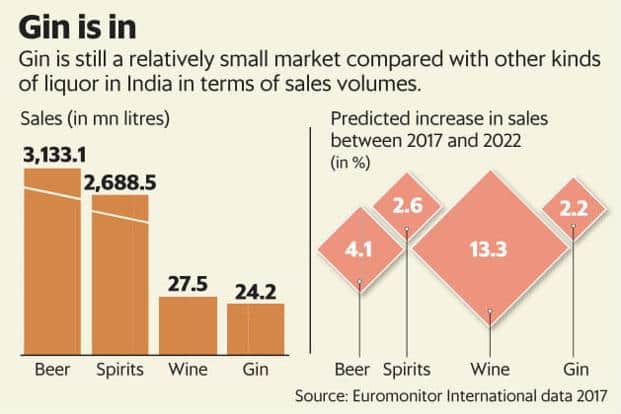 Still, the absolute number of gin drinkers is still tiny in a market dominated by whisky, which accounts for over half of all liquor sales.

“If I’m the first to order the drink at a table and I pick gin and tonic, it is very likely that at least one other person at the table will also have the same. It’s a very agreeable drink in that sense but I don’t know if it is the first drink that comes to the mind when you go out," says Manasa Venkataraman, 27, who works as a researcher and likes a classic gin and tonic.

“The gin consumer today is more knowledgeable, savvy and more interested in cocktail culture than ever before, so the premiumization trend should continue," a spokesperson at Bacardi said.

Limited exposure meant gin went relatively un-noticed on cocktail menus, according to mixologist Yangdup Lama. But with young Indian consumers now more well-travelled than ever before, gin is starting to get its due credit.