Thanks for Visiting Mint
You seem to have an Ad Blocker on. Please turn it off in order to continue, or whitelist Mint
HOW TO TURN OFF AD BLOCKER
OR
REFRESH IF YOU ALREADY TURNED OFF THE AD BLOCKER
Home >Companies >Sun TV reworks its strategy

Chennai: On the day of Sun TV Network Ltd’s annual general meeting in September, chairman and managing director Kalanithi Maran didn’t look happy. He didn’t have reason to: the All India Anna Dravida Munnetra Kazhagam (AIADMK), headed by J. Jayalalithaa, had swept to power in state elections, thrashing the Dravida Munnetra Kazhagam (DMK), the party headed by Maran’s grand uncle M. Karunanidhi. The mercurial new chief minister, who has her own channel, Jaya TV (owned by associates), had earlier that month revived plans for a state-owned cable television company, entering a business that was until then dominated by the Maran-controlled Sumangali Cable Vision. 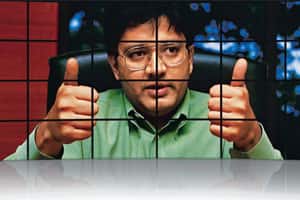 Worse, Kalanithi’s younger brother Dayanidhi Maran, once a high-profile cabinet minister, had resigned a few months earlier—another casualty of an investigation into irregularities in the allotment of radio waves to telcos in 2008. The younger Maran was not telecom minister at the time, but one part of the investigation had gone off at a tangent and looked at whether Maran had forced Aircel Ltd’s original promoter C. Sivasankaran into selling out to Malaysian conglomerate Maxis Communications Bhd., in return for an investment by the latter in one of Sun’s businesses.

Maran avoided journalists during that September meeting—but that was routine for a man who has usually avoided the limelight. Later that month, he skipped the annual general meeting of SpiceJet Ltd, the airline he had bought in 2010, in happier times. Wife Kaveri Kalanithi attributed his absence to an illness. Sun TV Network’s third-quarter earnings released on 10 February reflected some of the concerns weighing on Maran—profit was down 25% as ratings dipped, advertising fell and revenue from movies dwindled to nothing.

This month, the Enforcement Directorate, which investigates violations of foreign exchange laws, registered a case against the Maran brothers in connection with the Aircel-Maxis issue. The Prevention of Money Laundering Act (PMLA) case pertains to alleged illegal gratification of about ₹ 550 crore (which the agency says was) received by the Marans in the Aircel-Maxis deal. As minister, Dayanidhi Maran is alleged to have arm-twisted Sivasankaran into selling his stake to Maxis. Once the company was sold, long-pending licences to operate in several telecom circles were issued.

The fading fortunes of his cable business are also worrying for the older Maran.

A mere six months after Jayalalithaa announced the revival of Arasu Cable TV Corp. Ltd—ironically, this was launched by Karunanidhi at a time when his family was feuding with the Marans—Sumangali is present only in Chennai. Its operations in Madurai, Coimbatore, Tirunelveli, Tiruchirapalli, Tirupur and Erode have closed, setting the company back by nearly ₹ 175 crore annually, according to estimates by cable operators. Arasu has dropped all of the 25 free-to-air Sun TV Network channels in Tamil Nadu.

Arasu doesn’t operate in the state capital. Chennai is different in that it’s been a so-called conditional access market since 2003, requiring viewers to install a set-top box (for pay channels) given by the cable operator; the market is dominated by Sumangali, although a rival, JAK Network, promoted by B. Jayaraman, has gained ground in the past year. Sumangali’s managing director Vittal Sampath Kumaran declined comment on the cable business.

JAK, which launched in 2010, after the AIADMK came to power, has added 600 cable operators to its fold by offering set-top boxes at ₹ 500 each, according to Jayaraman. Among Chennai’s 1,400 cable operators, there is a strong feeling that Sun TV Network is getting its just desserts.

“Being a monopoly, Sumangali acted high-handedly. We had to agree to its prices and terms," said P.R. Thanikaivelu, who shifted to JAK six months ago after being in the Sumangali camp for almost a decade.

Roop Sharma, president of industry lobby Cable Operators Federation of India, said Sumangali was getting a taste of its own medicine after allegedly having coerced rival cable operators into closing shop and forcing channels to pay higher carriage fees (the amount of money a channel pays a cable network to have its channels carried). “What Arasu is doing is what Sun has been doing all along. And they (Sun) have been forced into a corner," Sharma said.

Neither Maran nor Vijay Kumar, chief executive officer of Sun TV Network, responded to queries. To be sure, cable operators say Sumangali is fighting back. For instance, the cheapest package— ₹ 60 for six months—comes with a free set-top box, against ₹ 1,700 it used to charge. Its most expensive package costs ₹ 110 a month, sharply down from ₹ 410.

Besides this, Sun has tried to build bridges with the rival—it’s been negotiating with the state-run cable network for over three months.

“We are in talks on the pricing of the Sun TV channel bouquet. It will take time," said D. Vivekanandan, managing director, Arasu Cable, without giving additional details. Being dropped by Arasu hasn’t helped the cause of Sun TV, the company’s eponymous flagship channel.

Although some of its soap operas still occupy the top slot in viewership ratings, average gross rating points (GRPs) fell to 70.5 in December 2011 from 80 a year ago. GRPs are the aggregate of television rating points (TRPs) over a period of time. TRP is a measure of the percentage of viewers watching a particular programme at a given time.

The overall Tamil entertainment channel market share of the Sun TV channel dropped to 61% from 63% in November, according to TAM Media Research. Closest rival Star Vijay improved its market share to 10.9% from 9.6%, according to the agency.

If the Sun TV channel is still No. 1, it is because of the popularity of its soap operas. N. Jayalakshmi, 74, of Madurai, about 460km south of Chennai, is riveted to the serials Thangam and Thirumathi Selvam on Sun TV. She has convinced her local cable operator to make sure that Sun TV can be watched, despite it not being offered by Arasu.

“There is a demand for Sun TV from the public. Therefore, we have no option but to transmit it through direct-to-home and not through Arasu cable," said K. Rajendran, a cable operator in Tirupur.

Sun TV programmes occupy the first 10 slots in the list of the top 50 Tamil television shows. That feat, though, hasn’t done much for its stock.

The movement of Sun TV’s stock reflects the ambivalence of investors. “Sun is facing multiple challenges, one being the change in political equations and the other being the ongoing CBI (Central Bureau of Investigation) investigation in the 2G case," said Jagannadham Thunuguntla, head of research at SMC Global Securities Ltd.

Shares of Sun TV Network, which were trading at a 15% premium to Zee Entertainment Enterprises Ltd a year ago, currently trade at a 22.3% discount. In the past year, the stock has lost about 15.44%, closing at ₹ 331.45 on Wednesday. However, the stock’s 20.83% rise from the beginning of the year indicates that investors think the slump may have been overdone.

Executives at media buying firms and analysts tracking the company say Sun TV is trying hard to hold on to its leadership position. It hasn’t raised advertising rates since August 2011 and has added new channels, besides offering free set-top boxes to cable operators. Sun Direct, the largest DTH operator in Tamil Nadu, has got temporary relief from the Madras high court on the entertainment tax imposed by the state government until a ruling is made on the case.

An analyst at a Mumbai brokerage who didn’t want to be named said he’s waiting to see whether the company is able to overcome the current troubles.

“Sun TV’s franchise continues to be strong and it has been able to hold on to its viewership share despite the launch of the competing Arasu cable network," he said. “Although there was a lot of uncertainty around Sun TV’s promoter in the 2G scam, we have maintained our outperformer ranking on this company, because we believe that as soon as macroeconomic factors improve, ad growth could be back."

The company has strengths, he said, specifically pointing to the satellite rights to around 9,000 films in south Indian languages that it owns. And, while the company may have suffered some blows in recent months, there is still no “equal and powerful competitor" that can displace it, said political commentator Gnani Sankaran. He added that it was too soon to write off Kalanithi Maran and described Sun’s troubles as a “low period of its life cycle".