New Delhi: Global auto makers which have rushed to set up factories in India to feed local demand admit they have been tripped up in the last 12 months by the country’s unpredictable policy-making.

After a stellar 2010-2011, when car sales grew 31% year-on-year, the industry has faced a staggering slowdown and radically different buying patterns — bad news for giant complex companies that plan years in advance.

“To say we’ve been wrong-footed would be an understatement," the head of General Motor’s India operations Karl Slym told AFP on the sidelines of the country’s Auto Expo car show last week.

Shinzo Nakanishi, chief executive of Maruti Suzuki, the Japanese-owned market leader in India, admitted that “many changes have surprised us during the last year".

The first factor was the Indian central bank’s decision to persist doggedly with an aggressive cycle of interest rate hikes to tame inflation. It raised the cost of borrowing on seven occasions in 2011. 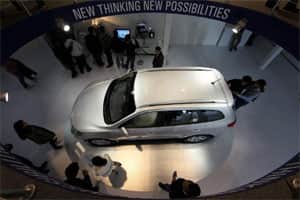 In October, new car sales fell 24% year-on-year, the biggest dive in more than a decade, while sales over the full financial year to March are forecast to be flat compared with 2010-2011.

The second major swing has been the switch in demand from petrol-engined cars to diesel, caused by an unexpected change in policy that emerged from India’s finance ministry.

Subsidies and regulation for diesel, used by the country’s hundreds of millions of farmers as well as the truckers who transport most of India’s freight, remained in place.

“Thirteen times prices were raised. Each time the gap between petrol and diesel got wider," Nakanishi lamented to AFP.

Today, diesel costs around $0.40 per litre less than petrol — a huge gap in a low-income and highly price-sensitive country.

Not surprisingly, four out of five buyers now purchase diesel-powered cars, but the industry with its complex supply chains and manufacturing plants was not ready to cope with such an abrupt change in consumer preferences.

The head of Ford’s operations in India, Michael Boneham, said the US giant was unable to produce the number of diesel units requested by buyers from its factory in Chennai.

“I don’t know where government policy is going to go on this issue," he admitted to reporters last week, adding that the company had been “constrained".

“We could have been selling significantly more diesels," he said.

Most modern engine manufacturing plants are designed to be able to produce both petrol and diesel engines, but switching from one to the other requires significant investment in new machinery and tooling.

The other difficulty is that the vast and vital supplier base producing components for each factory needs time to adapt and catch up with any sudden change in demand.

Slym from General Motors complained that the industry has only partial visibility on major policy decisions that affect it.

“The budget is around the corner (at the end of February) and you can be sure that something will change," he said. “And you don’t know about it and you can’t plan for it."

He said there had been a sudden change in duties for companies importing car kits and assembling them into vehicles in India. The new policy increased import taxes by 65%.

“There are plenty of forums where we try to work together with the government, but at the same time there are these crazy things that happen that catch us all out," he said.

Predicting the direction of policy in India is particularly difficult at the moment, with the government buffeted by a series of corruption scandals and assailed by critics.

Business leaders complain that government departments are sitting on proposals for fear of taking decisions that could be seen as corrupt, while Prime Minister Manmohan Singh has failed to push through his reform agenda.

After a year of few major announcements, in December Singh’s administration rolled out a flagship reform of the retail market, allowing foreign supermarkets to open stores for the first time.

The delight of Wal-Mart, Tesco and Carrefour, the main companies set to benefit, was to be short-lived. Two weeks later, after an outcry from shopkeepers and the opposition, the proposal was mothballed.