New Delhi: Loop Telecom Ltd will shut by 15 May its operations in all the telecom circles where it lost its licences following a Supreme Court verdict on 2 February, and is demanding the refund of money it paid for the licences as well as damages from the government.

The move, which will affect only around 6,000 subscribers, will have no impact onLoop Mobile (India) Ltd, an associate that operates in Mumbai and has 3.2 million customers.

Loop Telecom becomes the third telco after C. Sivasankaran-promoted STel Ltd and Etisalat DB Telecom India Pvt. Ltd to announce the closure of its operations after the court’s verdict in the 2G case that involved allotment of licences to some telcos on favourable terms in 2008. 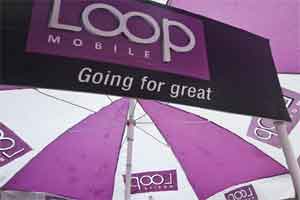 “In the circumstances, we are hereby lodging our claim and request you to refund to us the sum of Rs1,454.94 crore paid by us on January 11, 2008, as a consideration for the grant of UASL for 21 circles, which licences now stand cancelled after the judgement of the honourable Supreme Court of India dated February 2, 2012, on the ground that the government of India’s policies and decisions were arbitrary and unconstitutional," the letter signed by Sandip Basu, managing director and chief executive officer of Loop Telecom, said.

“Pay to us interest at SBI PLR (State Bank of India prime lending rate) plus 2% per annum on the amount of the Rs1,454.94 crore from January 11, 2008, until the date of refund (which as on 7 March 2012 stands at Rs724.17 crore)," the letter, addressed to department of telecommunications (DoT) secretary R. Chandrashekhar and dated 7 March, added.

The letter staked Loop’s claim for a further Rs787 crore as compensation for the investments made by the company. It also sought a return of the Rs812 crore worth of bank guarantees deposited by the company as part of the licensing procedure.

A Loop spokesperson cryptically said the company “is in the process of complying with the directive of the honourable Supreme Court of India". He declined to elaborate.

“This is just a negotiating tactic being done to strengthen their standing when it comes to exiting the business. It will just lead to a blame game where the DoT will find problems with many things that they have done," said Rajat Kathuria, an external consultant with the Indian Council for Research on International Economic Relations.

“It is unlikely that the other operators would want to do something like this, and I feel they would want to settle the issue in a more amicable way," Kathuria said.

Mint reported on 24 February that Loop had written to Prime Minister Manmohan Singh and other government officials proposing a settlement under which it would not challenge the court’s ruling or seek compensation if the government refunded the Rs1,454 crore paid as licence fee, released performance and bank guarantees, dropped all charges involving the company and its associates, and filed a petition to close any criminal proceedings

Loop had asked the government to respond by 2 March, the last date to file a reviewpetition on the SupremeCourt verdict cancelling the licences.

The company had also asked that the proposal be used as a basis for the Telecom Regulatory Authority of India (Trai) to arrive at an exit policy for telcos that the regulator was working on at the time.

On 26 March, Trai released its draft recommendation on the exit policy, essentially saying that given the Supreme Court verdict (cancelling 122 licences), among other things, there is no need for an exit policy. The move has been severely criticized by Sistema Shyam TeleServices Ltd (MTS) and Unitech Wireless Ltd (Uninor). MTS and Uninor’s licences were also cancelled by the court.