Mumbai: The proposed merger between IDFC Ltd and Shriram Capital will not only be complex, but will also involve a painful transition, said analysts. They pointed out a range of pressure points including regulatory hurdles and a potential asset-liability mismatch for IDFC Bank Ltd, apart from cultural and people challenges.

According to the three-tier merger structure announced on Saturday, the retail arm Shriram City Union Finance Ltd will be merged with IDFC Bank Ltd; Shriram Transport Finance Ltd will become a fully owned unit of IDFC Ltd and be delisted; and IDFC would also become the holding company for the Shriram group’s insurance businesses.

The first question posed by analysts is whether the Reserve Bank of India will permit a non-banking financial company and bank to operate under the same holding company.

“Even if RBI permits at this juncture, they may not get a window of more than 12/24 months within which they will be required to merge Shriram Transport Finance with IDFC Bank," said Axis Capital in a note to clients. “Hence, significant dilution for existing IDFC Bank shareholders will be an overhang."

For IDFC Bank, which looks like an overall winner with the expansion of its loan book, there remains the question of how it will manage its liabilities for the extra Rs25,000 crore of assets that will be added.

IDFC Bank’s current and savings account ratio stood at 5.2% at the end of March 2017.

Analysts are skeptical that the arrangement of tapping the 10 million customer base of Shriram by cross-selling products will succeed as these customers are predominantly small truck owners, with minimum outstanding balance, entailing a huge operating cost for the bank. 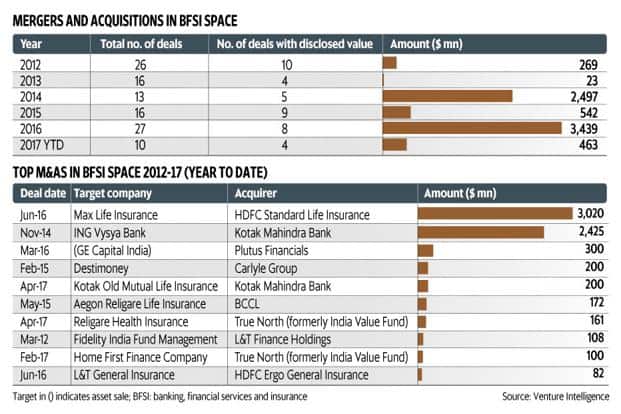 The cost-to-income ratio may escalate in the initial years, warned the Axis note.

Another challenge is the different practices adopted by NBFCs in general when it comes to pricing, bad loan recognition, processing collections etc.

For instance, both the Shriram NBFCs are yet to shift to 90-days-past-due bad loan recognition norms, pointed out Axis Capital, which may put additional non-performing asset burden on the IDFC Bank book.

“The integration is likely to take 5-7 years," said one industry veteran who didn’t wish to be named. “IDFC will have to ensure that the bank’s culture will not be imposed on the NBFCs."

The cultural DNA of Shriram group with 60,000 employees is different from that of IDFC. R. Thyagarajan, founder chairman of Shriram Group, had always stressed on employees being part owners of the company.

Minority shareholders of Shriram Transport and Shriram City Union are likely to be hurt. For the former, the delisting means they would hold shares of a diversified financial services firm (what IDFC will become post merger) instead of a pure play commercial vehicle financier. Investors would typically apply a holding company discount to IDFC shares.

For the latter, it would mean exposure to large infra assets and lower return ratios, said analysts.

“At the aggregate level, it (the merger) may add value in the longer term, but in near term, it will be a combination of businesses running a different manner - so overall transition will be a pressure point," said Kunal Shah, banking analyst, Edelweiss Securities Ltd.