Sequentally, net profit rose by 77.81% and revenues fell by 6.81% from the December quarter.

It has reduced its debt:equity ratio to 0.06 its debt stands at ₹ 213.6 crore, the management indicated on Saturday evening.

DB Reallty, which according to property analysts was easily one of the fastest growing real estate firm in recent years, hit a roadblock when its promoters Vinod Goenka and Shahid Balwa were in jail in 2011, pending investigation into their suspected role in alleged irregularities in the grant of second-generation (2G) spectrum and licences to telecom companies. 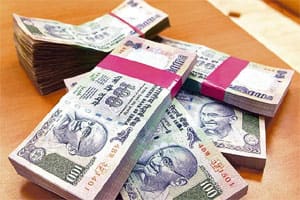 Goenka told Mint that though all its projects had slowed down for a while because of cash crunch, they are back on track now and execution is on and the aim is finish and deliver ongoing projects on schedule. On posting lower revenues and higher profit, he said while sales have been slow, installments from customers have started coming in, based on substantial bookings that were done in 2009-2010 as pace of construction in projects has also been fast-tracked. The developer has also not cut prices in its projects.

At least two projects in suburban Mumbai will be delivered this year, Goenka added, and most of the projects in both upscale Mumbai areas such as Prabhadevi and Jacob’s Circle and in suburban areas are in construction mode.

Property analysts believe challenges and concerns are not fully over for DB Realty, in terms of execution and sales of the massive project pipeline of about 33.5 million sq ft of saleale space that it has taken up.

“While some confidence has been restored among investors and buyers after the promoters’ bail, much will depend on pending project approvals and if actual sales pick up in the coming quarters," said a property analyst, who didn’t wish to be named.

Goenka said that apart from revenues coming in from its projects, nearly 5 million sq ft of transfer of development rights (TDR) in the next three years will be generated from a project in Chandivali, in which DB Realty is a 33% partner.

Realty firms get TDRs as an incentive for slum redevelopment or rehabilitation projects. These rights can be traded at a profit.

DB Realty has in the past one year tried to monetise a few of its assets to raise capital. The one known about is its stake sale its 50% stake in a south Mumbai property in Carmicheal Road to the Adani Group.

On Saturday, New Delhi-based property developer Ansal Properties and Infrastructure Ltd reported a 42.47% drop in its net profit to ₹ 54.41 crore in the January-March period, compared to a year earlier.

Both DB Realty and Ansal API have complained of rising interest rates and inflationary pressure due to rise in the cost of raw materials and construction.

Vice-chairman and managing director Pranav Ansal said, “Company posted losses on account of reversal of sales and profits in certain projects due to revision in cost estimates due to increased costs and allocated interests. There was also an increase in cost of construction, development and operations all across."

The company plans to continue consolidation and focus on development in coming quarters, he added.