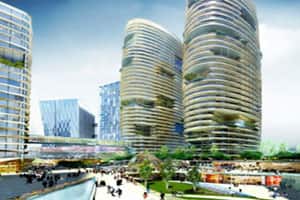 “Now we will look at investing."

The private equity fund had made a first close of about $80 million in April last year.

Earlier this month, sources told Reuters that Red Fort is set to raise $500 million to invest in commercial and residential assets in the country.

Park Hill Real Estate, part of US private equity giant Blackstone Group, was the placement agent or arranger to the fund raising, said a source with direct knowledge of the matter.

Private equity investments in Indian property sector grew 14.5% to $1.26 billion in 2011, compared with $1.1 billion a year ago, data from industry tracker VCCircle.com showed.

Indian benchmark shed 24.6% in 2011 to be the world’s worst-performing major equity market, while 13 interest rate increases since March 2010 by the central bank have pushed up borrowing costs and slowed down economic growth, making investors wary.

The latest property fund is Red Fort Capital’s second fund. It has fully invested a $400 million fund earlier, said a source with direct knowledge of the matter.

Last March, Red Fort Capital said it has returned more than $100 million to investors since 2009. In the first quarter of 2011, the firm exited four investments in residential and office sectors located in New Delhi and Chennai, it said.