It might seem like an odd time to talk about Italian craftsmanship. Between Papa Berlusconi, the economy and that cruise ship captain, the Italians haven’t done themselves any favours lately. The country is, Augusto told me a few months ago in Rome, a complete and utter mess.

Augusto runs a bed and breakfast in Rome, a stone’s throw from the Risorgimento tram station and the walls of Vatican City. Before deciding to open Quod Libet, a small, clean and cheerfully painted establishment hidden away inside a massive old, shabby stone building with a spectacular bakery in the basement, Augusto used to be a member of Alitalia’s cabin crew.

His travels, perhaps, have turned him into the yoga-loving, Goddenouncing, capitalism-hating, Berlusconi-loathing hotelier who seems somewhat gruff on the outside, but has an unmissable frisson of good cheer hidden away somewhere deep inside him. It bubbles up via the occassional smile, before vanishing again when he dismisses the new prime minister—“Super Mario" Mario Monti—as just another stooge of the banking industry. 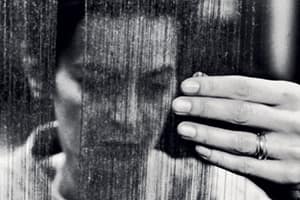 The Italians are some of the world’s most talented craftsmen. Ermenegildo Zegna

And that list is not a short one. For all their troubles, the Italians are still some of the world’s most exceptional craftsmen. From cars to bicycles to leather goods to suits to liquers, the Made In Italy tag usually symbolizes high quality, heritage, and a price to match.

When Fendi sent us the second edition of the The Whispered Directory of Craftsmanship: A Contemporary Guide to the Italian Hand Making Ability to review in January, everyone in the Indulge team agreed that we had to run an excerpt.

This month’s issue features exclusive excerpts from the book. Readers will notice that the language of the excerpt is somewhat unique. This is, in fact, the English—translated from the original Italian perhaps—that is synonymous with several continental European brands. Flip through the product catalogues of companies that make Swiss watches, Italian luggage or German instruments and you’ll read the same lilting prose. It has a certain emotion and honesty to it that more than makes up for the grammatical quirkiness.

We hope you enjoy it.