Amsterdam: Philips Electronics reported higher sales and profits in the second-quarter, boosted by improved sales of hospital equipment, and said its restructuring and cost-cutting plans for the remainder of the year are on track.

“The general economy is not our friend, but we have seen some growth in Russia, the Middle East, Asia and the US" said chief executive Frans van Houten in a CNBC interview after the firm reported results on Monday. 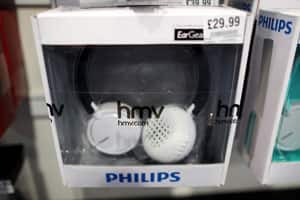 Sales for the quarter were up 5% to €5.892 billion, earnings before interest, tax and amortization (EBITA) rose to €450 million up from 371 million the year prior boosted by higher earnings at both the healthcare and consumer units. Net profit came in at €167 million, up from a loss of €1.345 billion in the same period last year due to writedowns a year ago at both its lighting and healthcare units.

Analysts surveyed by Reuters had forecast net profit at 118 million on sales of 5.592 billion for the quarter.

A detailed outlook for the remainder of the year wasn’t provided but the previous guidance for 2013 of 4-6% sales growth, 10-12% core profit and 12-14% return on invested capital was reiterated.

Philips, best known to consumers for its electric toothbrushes, TVs, wake-up lights and coffee makers, competes with Samsung and LG Electronics among others in consumer electronics, and with General Electric and Siemens in the hospital and lighting markets.