"storyDirectUrl"
OPEN APP
Home / Companies / For Suzlon, integration with Repower is the key

For Suzlon, integration with Repower is the key

For Suzlon, integration with Repower is the key 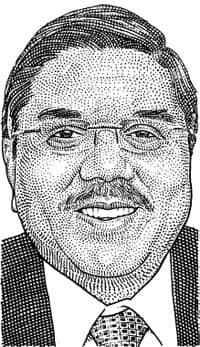 German law prevented Suzlon from accessing Repower’s technology, and treating the firm as part of itself. This may have influenced the decision of the Indian firm to buy the 22% stake in Repower held by Portugal’s Martifer Group on 1 September—almost a year ahead of schedule. “Integration is required for our growth strategy," said Tanti.

Tanti said the company had identified the problem that resulted in splitting blades but denied that the turbines were underperforming in India. “Because of lower wind and an erratic grid, the performance of wind energy (generators) was lower than last year," he said.

Tanti said the company will now go ahead with a so-called domination agreement under German law. This agreement involves the support of shareholders owning at least 75% of the company.

Under the original deal with Repower, Suzlon was to acquire 34% stake in the company by May 2009. The Indian firm, however, has increased it to 90% already. It recently bought the stake held by Areva in Repower (Areva itself was a suitor for the German firm but lost out to Suzlon) and followed this up by buying Martifer’s stake.