Vedanta Aluminium says it will face public hearing on 2 May

Vedanta Aluminium says it will face public hearing on 2 May

New Delhi: Officials of Vedanta Aluminium Ltd will face a public hearing on 2 May in Orissa’s Kalahandi district to seek approval for expansion of the company’s alumina refinery, a company official said, reversing its earlier position to seek a waiver on the ground that such hearings have already been completed.

“We have already wasted one month’s time waiting for the authorities to respond to our request of considering if another public hearing would be required," Mukesh Kumar, president and chief operating officer of Vedanta Aluminium, said on Monday. “So we decided we will go through the public hearing." 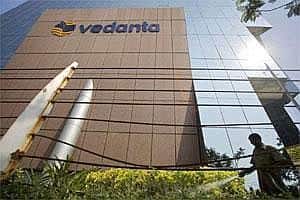 Mint reported on 29 February that company officials were in talks with the ministry and the state pollution control board to seek a waiver on public hearings on grounds that they were conducted twice before—in 2003 and 2009.

Kumar said the company is confident that Vedanta will get the people’s approval for pursuing the expansion, a project that will require acquisition of 800 acres of land.

He said village council meetings, a prelude to the public hearing, had been conducted on 15-17 March, in which the people of three villages had broadly given views favourable to Vedanta.

“The local people are asking for development," Kumar said. “The response at the gram sabhas (village councils) is giving us confidence."

Environment ministry scientist P.L. Ahujarai, who signed Vedanta’s terms of reference, did not return a call made to ask what steps need to be taken before Vedanta gets approval to start construction at the plant site.

Apart from the environmental clearance, Vedanta Aluminium’s expansion plan is also dependent on a favourable verdict from the Supreme Court, allowing it to mine bauxite in the Niyamgiri Hills in Orissa, analysts say.

“The regulatory process is quite unpredictable," said Bhavesh Chauhan, a metals analyst at Mumbai-based Angel Broking Ltd. “It’s very difficult to say if the company will get a speedy clearance."

Chauhan said the aluminium business was crucial for the company as the group’s future growth and earnings hinged on it to a significant extent.

Vedanta’s work has been stalled in the past by powerful non-governmental organizations, which have alleged that industries are wrongfully depriving the locals of their land and causing pollution.

ActionAid India, that describes itself as an anti-poverty agency, claimed people in Kalahandi district are against Vedanta’s expansion plan.

“People have opposed Vedanta’s expansion in the past and continue to oppose it now," Bratindi Jena, senior manager at ActionAid, said from Bhubaneswar.

Vedanta Aluminium was asked to stop expanding its refinery in Lanjigarh in October 2010 because of environmental concerns. The following year, the Orissa high court quashed an appeal filed by the company and upheld the environment ministry’s decision.

Vedanta appealed to the environment ministry in January, asking them to reconsider its decision in the light of clearances given to Jindal Power Ltd and Lavasa Corp. Ltd, a unit of Hindustan Construction Co. Ltd, which had been stalled over environmental objections.

The environment ministry issued the new terms of reference on 2 February.