Mumbai: India’s stock market regulator is looking closely at the plan of Reliance Industries Ltd (RIL) to offload part of its stake in the ETV channels of the Eenadu Group to the Network18 Group, as the country’s most valuable company may not have made adequate disclosures about the holdings.

The Securities and Exchange Board of India (Sebi) is examining RIL’s financial statements and reports to check whether the acquisition of significant stakes in ETV channels was disclosed to either the regulator or the stock exchanges, three people familiar with the development said. 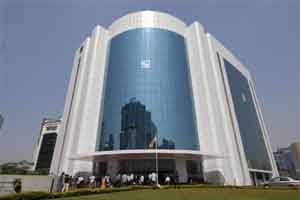 None of the three people wanted to be named, citing the sensitivity of the matter.

An email sent to Sebi did not elicit any response. An RIL spokesperson declined to comment on the matter.

“Prima facie, information about RIL’s holding in Eenadu Group is not disclosed anywhere specifically. As per the listing agreement norms, it should have been mandatorily disclosed," said the second person. “This amounts to possible violations of regulations."

The ETV stake sake is part of a transaction that involves an independent trust set up by RIL funding the purchase by Raghav Bahl’s Network18 Group through subscription to rights offers.

On 3 January, RIL announced that a part of its investment comprising a 100% interest in news channels, 50% interest in entertainment channels and 24.5% interest in Telugu channels was being profitably divested to TV18 Broadcast Ltd.

RIL, through investments of about Rs2,600 crore by its group companies, currently holds interests in various ETV channels managed by Eenadu Group, according to the 3 January press statement by RIL.

According to The Economic Times newspaper, RIL has told the Andhra Pradesh high court that it has invested the Rs2,600 crore in entities of Nimesh Kampani-led JM Financial group, which in turn had invested in Ushodaya Enterprises, the flagship company of the Eenadu Group through which it holds interest in these channels.

“The Andhra Pradesh high court is hearing a petition that alleges the investment was a payoff to N. Chandrababu Naidu, a former chief minister of Andhra Pradesh, an allegation RIL has denied in its affidavit," the newspaper report said.

The details of RIL’s ownership of stakes in Eenadu Group are not mentioned in any of its financial statements or reports. The stock exchange announcements, too, are silent about any such holding of RIL.

“I am surprised that RIL said in the Andhra Pradesh high court that the stake acquired by JM Financial in the ETV channels was on behalf of itself," said S.P. Tulsian, a Mumbai-based independent stock market analyst. “I went through the balance sheet but did not find anything of this nature."

“As per the last consolidated balance sheet, RIL had extended loans and advances of around Rs13,500 crore, out of which Rs7,800 crore was recoverable in cash or kind," Tulsian said. “The investment in the ETV channels may have been a part of this."

In a 3 January note issued by Edelweiss Securities Ltd after RIL announced its deal with the Network18 Group, analyst Niraj Mansingka said, “We believe the equity investment may have been consummated recently as the same is not a part of RIL’s FY11 annual report."

“RIL may argue that it did not disclose the details since the transaction was not of a material nature or since the terms of the transaction had not been settled as yet at that time," Tulsian said. “But the fact that RIL admitted to buying the stake in the ETV channels through JM Financial raised many an eyebrow in the analyst community," he said.

According to Sebi’s listing agreement norms, a company has to immediately inform the stock exchange of all the events that are material- and price-sensitive.

Information considered material includes, but isn’t restricted to, the issue of any class of securities, acquisition, merger, demerger, amalgamation, restructuring, scheme of arrangement, spin-off or sale of divisions of the company, etc., according to Sebi.

The regulator’s rules mandate that the company has to disclose any event or transaction that occurred during or before the quarter that is material to an understanding of the results for the quarter including, but not limited to, completion of expansion and diversification programmes, strikes and lock-outs, a change in management and a change in capital structure.

As a part of the deal, RIL’s subsidiary Infotel Broadband Services Ltd has entered into a memorandum of understanding with TV18 and Network18 Media and Investments Ltd (Network18) for preferential access to all their content for distribution through the fourth-generation broadband network being set up by Infotel.

Network18 and TV18 have announced that both the companies are raising funds for the acquisition of the ETV channels through a rights issue, to be funded by the independent media trust, set up by RIL.