Chennai: Tyre maker Dunlop India Ltd suspended operations at its factory in Chennai as labour unrest intensified, the company said in a filing to BSE on Wednesday, sparking a 7.46% slump in the stock.

The suspension on Tuesday followed more than 10 days of what the company said was “coercion, threat, intimidation" by workers over a compensation issue pending since 2009. 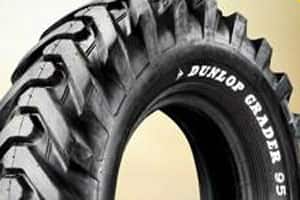 After extensive talks, the factory reopened in October 2009, with the workers giving an assurance that the cost of production would be lowered, good industrial relations would be maintained, capacity utilization would be maximized and that they would cooperate on labour deployment by the management, the filing said. The company accused the workers of not sticking to these pledges.

Starting in 1998, when Dunlop’s business faltered and the firm defaulted on payment of wages, the firm has seen several upheavals at its Chennai factory and another facility at Kolkata.

In 2005, Dunlop was bought by Kolkata-based Ruia Group.

Having already suspended operations at Dunlop’s Kolkata plant in October after stopping production in September 2010, the Ruia Group is under pressure from Dunlop’s creditors, several of whom have filed wind-up petitions in court. “They (the company) already made the decision to suspend operations," Devanathan said in Tamil. “The reasons they have given now are just excuses."

For the 27 months since October 2009, the firm had been paying the 495 workers at the plant their wages on the 10th of the month, or giving them a letter specifying the date on which wages would be given, Devanathan said. This month, however, neither the wages nor an assurance of payment at a later date was forthcoming, he said.

Some 100 workers had then approached the management to press for their wages, when a glass pane was broken, an incident that has been blown out of proportion by the company, Devanathan said.

Just 200 workers were occupied at the company, while the rest were being paid for the last 27 months without being given any work, which indicated the company’s intentions of closing the plant, he said.

The management and the union are scheduled to meet for talks with the Tamil Nadu labour department and with the labour minister on 27 February and 28 February, respectively, to negotiate the final wage settlement. The latest move by the management is a tactic to weaken the workers ahead of the talks and get them to settle for less, Devanathan said.

“At the end of the day, if you’re not able to make a business sustainable, it doesn’t make sense for you to keep facilities open," said Abdul Majeed, auto practice leader at consultancy firm PricewaterhouseCoopers. “You can’t tell original equipment manufacturers, ‘I have industrial unrest here, I can’t deliver the product’."