Whisky and India are intrinsically linked. Boasting the largest whisky market in the world by volume, India is also home to the world’s second largest distiller—Vijay Mallya-owned UB Group. Whiskymaking is serious business in India.

However, this was not always the case. Distillation of spirit was introduced to the country in a major way at the time of the British Raj, with entrepreneurs looking to satisfy the palate of the newly settled colonial communities with their own, Indian-made versions of whisky, gin, rum and vodka. These spirits became known in Asia as locally made foreign liquor and across India as Indian-made foreign liquor (IMFL).

One example of distillation taking a foothold is the Kasauli distillery, the oldest continually used distillery in Asia, established in the late 1820s by a gentleman named Edward Dyer. Dyer brought his brewing and distilling equipment from England and Scotland with some of the original equipment, such as the copper pot stills—so important in spirit-making—still in use today. The location of the distillery was deliberate as Dyer was keen to find a place in India with a climate similar to that of Scotland, but with the added bonus of a market of British troops and civilians in Shimla and elsewhere in Punjab to sell his products to.

As the appetite for homemade products grew, so did the production levels, and India now boasts of some of the largest selling liquor brands in the world. But if one is to travel internationally, he will rarely see these brands outside the country. So what has developed in the last 150 years for the average IMFL to have not found its way outside the home market; why is it so? 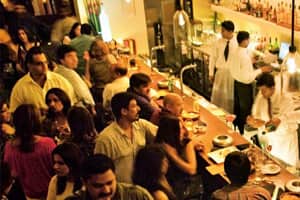 Take Europe for instance, where, a directive passed in 2008 states that “whisky or whiskey is a spirit drink produced exclusively by distillation of a mash made from malted cereals with or without whole grains of other cereals..." Rules such as these become even narrower when we look at the definition of Scotch whisky—an area ruled by a governing body known as the Scotch Whisky Association (SWA) whose guidelines regarding production and labelling are clearly set out in their document—The Scotch Whisky Regulations 2009.

This whole area has been of great consternation for Mallya and United Spirits as it curtails the international reach of some of their most-successful brands. To put the sales of Indian-made whisky into global context, the four biggest selling brands sell more cases per year than the entire Scotch business combined. We’re talking seriously big business here.

The counter-argument posed by the wider whisky industry against molasses-based liquor is that it is the responsibility of the manufacturer to ensure that the consumers know about the product they are consuming—how it has been made and the quality and consistency of ingredients used.

Therefore, if the general public is expecting a cereal-based product from a liquor labelled whisky, or whiskey, then it is the duty of the producer to meet that expectation.

Do not let this argument draw a quality comparison on flavour, however. Some of the high-end, Indian-made whisky is excellent—and there are clear flavour reasons of why they sell so much—but it is still important for the consumer to be able to draw a distinction between whisky made using just cereal (wheat, barley, maize, etc.) and those made using a portion of molasses-based spirit.

Certainly, a factor in the thriving state of locally made whisky over imported products is the complex tax structure in India as well as the regional variations on the sale and distribution of alcohol. Import tax is seen by foreign producers as prohibitively high, but some good work has been done in the last few years to help lower this and make the market softer for the import of Scotch, Irish and other whiskies. Mallya told me earlier this year, “I was giving a talk at the International Brewers and Distillers conference in Glasgow, and I told them that when I was a small boy, one of my first-ever jobs was selling Mackinlay’s (Scotch) whisky. I didn’t know, it didn’t cross my mind, that when I bought Whyte and Mackay, that when I walked in the offices and looked at the range of whiskies, I almost fell off my chair when I saw they owned Mackinlay’s. So it has almost come full circle."

He continued, “We are very proud of the fact that when I took over Whyte and Mackay, I noticed a company that was more focused on the commodity and trading of parts, than on luxury whisky brands, and, with the resources that we have, I said, ‘You know, we’re wasting our time in commodities and we really want to get into the high-end luxury good as a family’. I believe in it. I’ve always believed in it."

“We have created brands over the last 30 years with the UB group, some of which are the largest-selling brands in the world by volume, with real brand equity. We believe in innovation and investing money in building solid brand equity. I’m absolutely delighted that Jura and Dalmore, both our single malts, are now amongst the fastest growing single malts in the world."

It is this passion, this vision and the attitude to embrace foreign whisky in the local market that will prove to be key factors if the premium imported whisky segment is to continue to grow.

United Spirits, owned by Mallya’s United Breweries (founded by a Scotsman Thomas Leishman in 1857), is the largest spirit producer in India, commanding around 60% of the market. Its key locally produced brands are Bagpiper, Royal Challenge, McDowell’s No.1 and Antiquity, with Jura and Dalmore in the single malt Scotch brands, and the hugely popular Black Dog in the blended whisky segment.

When it comes to Scotch whisky, the main players in the Indian market are still Diageo—which owns Johnnie Walker and Dimple—and Pernod Ricard—which owns Royal Salute, Chivas Regal and Ballantine’s. However, India does boast its own single malt in the form of Amrut, which was launched in the local market this year, showing that tastes may well be developing in favour of malt whiskies.

One thing is for sure, this complex market has a real taste for whisky of all denominations, and, as tastes and palates develop, it is going to be an extremely important part of the worldwide renaissance in this wonderful product we all love.