Mumbai: Mumbai-based property developer Niranjan Hiranandani has distanced himself from his London-listed Hirco Plc. after key shareholders rejected a merger with its holding companies, a top executive said. 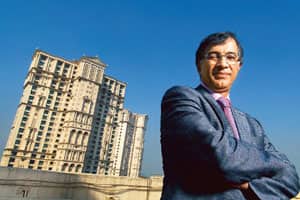 This puts at risk the future of the UK firm—the investment vehicle for India’s largest residential builder—as it depends on Hiranandani for its projects. Nearly all the money raised from its public offering three years ago has been invested in two projects in India.

A merger would have given Hiranandani 50% stake in the combined entity, up from less than 3% in the UK firm now.

The chairman of Hirco Plc. and promoter of Hirco group is sewing up realty and development projects in India without including the UK firm. The group includes the unlisted holding firms Hirco Developments Pvt. Ltd and Hiranandani Investment Co.

Hirco Plc. was listed on the London Stock Exchange’s (LSE) Alternative Investment Market in 2006, mainly to raise funds for investing in projects sourced by the group.

Globally, the realty sector has taken a whipping—from the mortgage crisis that started in the US and later the liquidity crunch and slowdown.

The two projects are a commercial and residential township at Sriperumbudur near Chennai and a special economic zone-cum-township at Panvel near Mumbai. Hirco Plc. owns 100% of the preferred shares in these and will get the agreed returns.

The Hirco group’s investment in these, in which it owns 100% of the common shares, was in the form of land.

“We are building special economic zones, commercial and residential properties in Ahmedabad and are planning to build similar projects in Pune and Nashik," said Aniruddha Joshi, executive director, Hirco group, which holds about 6,000 acres across India. “It is still at a planning stage and we will be able to raise money...we have lines of credit from different lenders." Besides, homebuyers pay up to 20% upfront, he added.

The UK firm is guaranteed 12% interest on its investments in these projects, first right on repayment of principal amount invested and 40% right on the remaining profit.

While there is no estimate of potential profits, realty consultants Jones Lang LaSalle, in an assessment done on the group’s request, said the value of the two townships had risen by 34.7% to £472.7 million as of September.

Late January, the UK firm had said sales and average unit price at its projects continued to rise in the first quarter despite wider adverse market conditions, Reuters reported.

Hiranandani’s merger plan ran into trouble when two investors in Hirco Plc.—US-based hedge funds QVT Financial Lp. and Laxey Partners Ltd—urged shareholders to vote against it, saying the proposal favoured the Hiranandanis and would be financially damaging for the firm. Laxey holds about 10% in Hirco Plc. and QVT, 5%.

Laxey did not reply to an email sent on Tuesday.

Joshi said Hirco Plc. had the first right to invest in any Hiranandani project that needed foreign capital. But with only £9.2 million left, it doesn’t have enough funds. As per Indian law, foreign firms can invest only in projects involving at least 100 acres.

“We would have renewed the first right of proposal agreement if the merger would have gone through," Joshi said.