Multiplexes opt for revenue sharing with malls as rents rise

Multiplexes opt for revenue sharing with malls as rents rise

The theatre chain owners will share 10-15% of net ticket sales with the mall developers, according to these arrangements.

“We are looking at managing our P&L (profit and loss) in a better manner and the revenue-sharing deals with mall owners is one measure to reduce cost," said Nitin Sood, chief financial officer at PVR Ltd, which has 173 screens in 40 cinema halls across 24 cities.

This model will lower a multiplex operator’s cost by nearly 20%, he said. 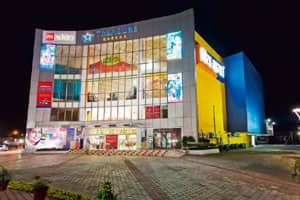 New strategy: PVR has signed revenue-sharing deals with malls for its multiplexes in Ujjain and Nanded in Madhya Pradesh.

“In lean months, fixed liability in terms of rents hurt our pockets. Therefore, in our upcoming property in Gulbarga ( Karnataka), we have signed a revenue-sharing deal with the developer," said Jitendra Mehta, chief financial officer, Cinemax India Ltd. “While we are going slow in our pan-India, tier 2 and 3 expansion, our focus is in smaller towns in south (India)."

Cinemax is negotiating a similar deal for two existing cinemas in Mumbai, he added.

Ticket sales contribute about 70% to a multiplex’s revenue, food and beverages contribute 20-22% and in-cinema advertising nearly 7%, according to industry executives.

Theatre chain owners typically pay a fixed rent of ₹ 5-20 lakh a month to mall developers, depending on the size of the multiplex and the region.

But steep increases in rents in small cities and towns began eating into their revenues, forcing some multiplex operators to even shut their operations in some of these places.

Anil Ambani-promoted Big Cinemas, a division of Reliance MediaWorks Ltd, closed its theatres in Dewas and Shivpur in Madhya Pradesh and Udgir in Maharashtra, among a few others, owing to recent increases in rents. “The rents of these cinema halls were unviable. They accounted for almost 60% of our top line in these markets," said a person familiar with the development at Big Cinemas.

Fun Multiplex Pvt. Ltd, which operates theatres under the brand name Fun Cinemas and is run by Subhash Chandra’s Essel Group, too shut screens in Goa and Ghaziabad in Uttar Pradesh, among a few others.

Confirming the development, Atul Goel, managing director, E-City Ventures (the corporate brand representing the exhibition business of Essel Group—Fun Multiplex), said, “The challenge in expansion of screens in tier 2 and 3 towns is due to (the fact that) the markets are not deep and hence fixed rentals are unaffordable."

As a result, the revenue-sharing trend is picking up in markets such as Ghaziabad, Lucknow, Noida (Uttar Pradesh) and Mohali in Punjab, where there are too many movie screens, he said. Fun Multiplex pays a fixed minimum guarantee and a revenue share for its cinemas in Ambala, Panipat and Bathinda in Punjab.

Inox Leisure Ltd has signed a revenue-sharing deal for one of its Bangalore properties and for its upcoming theater in Bhopal (Madhya Pradesh), a company executive said.

And PVR has signed revenue-sharing deals with malls for its multiplexes in Ujjain and Nanded, and for upcoming ones in Bilaspur, Bhilai and Panipat, said CFO Nitin Sood.

“The growth of multiplexes has been significantly dependent on mall development. And foraying into new markets, smaller towns has been an expensive proposition for multiplex owners," said Rakesh Jariwala, partner, media and entertainment, Ernst and Young. “Taking in view the dynamics of smaller townships, the footfalls have not translated to impressive revenue from these regions. So, it makes sense for multiplex owners to consider relooking their rentals models for expansion in tier 2 and 3" cities.

India is expected to double multiplex screens to more than 2,200 by 2016, driven by the south and east Indian markets, according to a media industry report by the Federation of Indian Chambers of Commerce and consulting firm KPMG.