Petronet’s Kochi LNG terminal to run at capacity from 2014

New Delhi: Petronet LNG expects to run its 5-million-tonne-per-year Kochi terminal at full capacity from 2014, its chief executive said on Wednesday, nearly a year after it starts up the facility.

Land-related issues have delayed the pipeline linking the terminal with customers in Bangalore and Mangalore, which will in turn delay the entire project, chief executive A.K. Balyan told reporters.

“We will be commissioning the terminal on schedule by the end of this year but will operate at the full capacity of 5 million tonnes a year from 2014," he said. 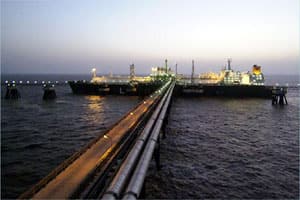 It plans to start operations at the Kochi terminal, on the coast of the southern Kerala state, by December.

The Kochi terminal will initially operate at a rate of 0.50 million to 0.75 million tonnes a year for 6 months and volumes will be gradually ramped up, Balyan said. He said there was annual demand for about 2 million tonnes of LNG in Mangalore and 1.5 million tonnes in Bangalore.

India, the world’s fourth-largest oil importer, has been scouting for oil and gas assets abroad to meet rising local demand and to feed its expanding refining capacity.

With gas demand expected to grow at 14% in the next five years, Asia’s third-largest economy is scouting for long-term LNG contracts, and aims to increase its LNG handling capacity to 50 million tonnes a year by 2017 from 13.5 million tonnes now.

Petronet plans to raise Rs2,000 crore this fiscal year through a mix of local and overseas loans to fund expansion of it’s Dahej terminal by 50% to 15 million tonnes, its finance director R K Garg said.

It currently holds local debt of Rs1,200 crore and foreign loans of $300 million.

It is also in talks with Gazprom and Qatar’s Rasgas for purchase of LNG. Gazprom is expected to respond by August on Petronet’s indicative price, Balyan said.