New Delhi: German car maker Volkswagen AG plans to introduce its used car business, Das WeltAuto, in India in the second half of 2012, a company executive said on Tuesday

“We have a 100% synergy from our global operations," said Neeraj Garg, member of the board and director, Volkswagen Group Sales India.

“We will be giving German quality in pre-owned cars. The speciality of our brand will be to not only provide warranty on Volkswagen cars but also on other car brands," Garg said. 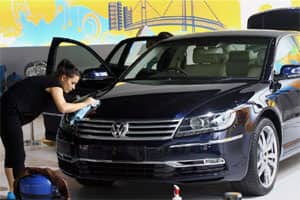 The company will launch its used car business in the second half of 2012 and at least three of its 101 dealerships will provide the facility, Garg said. “We have received tremendous amount of enquiries from customers about exchange facilities," he said.

The pre-owned car business is highly unorganized but a market with great potential, according to Yaresh Kothari, sector analyst, Angel Broking Ltd.

“Although the established companies such as Maruti and Hyundai have already entered the segment, it should not be difficult for others to make a mark in the segment," Kothari said. “The key lies in what you can offer different from others."

Separately, after more than doubling its overall car market share in the country to over 3% in 2011, Volkswagen hopes to capture a 10% market share in the hatchback and sedan segments. In small cars, Volkswagen’s Polo competes with Maruti Suzuki’s Swift and Hyundai’s i20, while in sedans, its Vento is pitched against Hyundai Verna and Honda Siel Cars India’s City.

“We would like to have an 8-10% (share) in the Polo and Vento segments. But it will not be an easy job," said Garg. “We want to be niche player in that space, a bit above the rest."

Garg said the company is also in the process of studying the feasibility of another small car, priced lower than the Polo.

In 2011, the company sold 78,408 units, translating into a growth of 140% over the previous year. “This (VW’s growth) was at a time when the industry was growing at around 5%," he said, adding that the company expects an increase in sales in 2012, without sharing any targets.